Jose Mourinho might not have had anything to smile about from Manchester United’s performance against Hull City but with a trip to Wembley in February secured, he had every reason to celebrate as well as the fact it was his birthday.

Man United were in particularly poor form and lost their unbeaten run with a 2-1 defeat to Hull but secured a place at Wembley thanks to the 2-0 win over Hull in the first leg. Marouane Fellaini‘s late header made all the difference.

On the coach back from Hull, Mourinho was all smiles with a birthday cake he was given as well as a bottle of red. Maybe the vino was from Sir Alex, after all they used to share a drink together whenever they could after United played Chelsea. 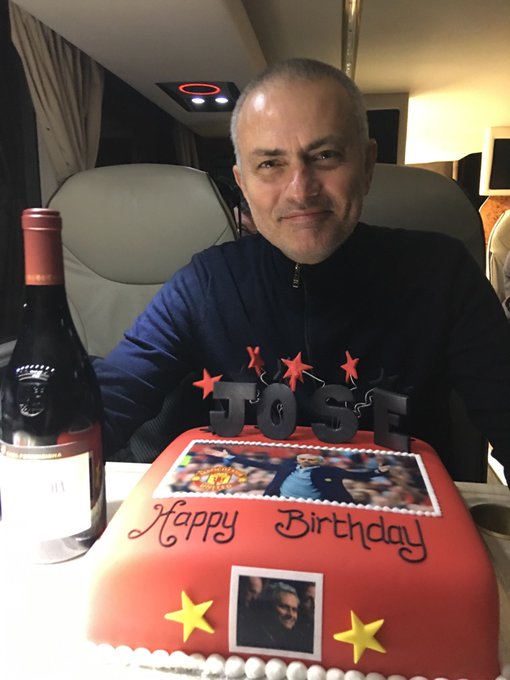 There was a certain amount of irony that Mourinho’s new chant celebrating how United are playing underneath him, to the song “I’m into something good”, made its debut on a night where we played our worst football since October but it was indicative of how much the fans are behind him.

United are the only English team left in four competitions and only Southampton stand in the way of silverware for us in February. If we can secure that, the galvanising effect of winning a trophy may well be the perfect boost ahead of our run-in.

Either way, happy birthday Jose! Shame about the result but enjoy the pinot.