Jose Mourinho‘s men, ever since their 2-0 win over West Ham United, have failed to maintain their winning streak in the Premier, mustering 1-1 draws against Liverpool and Stoke City before playing out a miserable goalless draw with Hull City on Wednesday.

The gap between Man United and fourth spot continues to be four points after various top sides dropped points over the weekend, but Mourinho will know that any more slip-ups could be fatal.

With that in mind, here is a potential XI for the game against the champions. 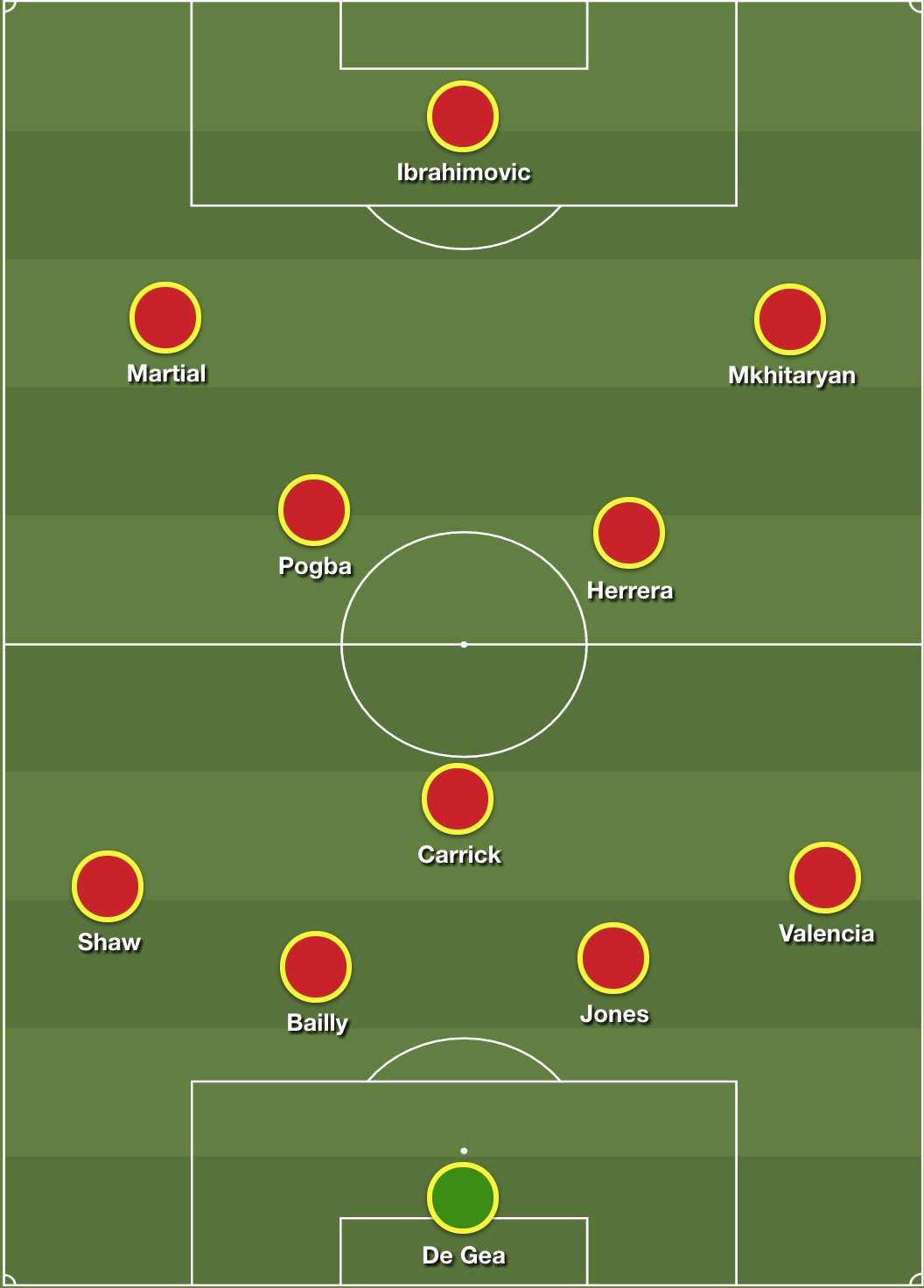 The impasse between Mourinho and Martial over the past few weeks has provided a dark undercurrent at Old Trafford in recent weeks, providing a sense of uncertainty amongst supporters and perhaps even players. His raw energy and innovation on the left hand side would have come in handy against Hull, but the Frenchman was left on the bench. This time around, however, Martial simply needs to start in what has quickly turned into a must-win game.

It was feared that Jones, who pulled up with what looked like a pulled thigh muscle against Hull, would be consigned to another lengthy period on the sidelines, but the Englishman quickly confirmed that the injury wasn’t serious. Losing a player currently enjoying a rich purple patch would be galling to say the least, and supporters will hope to see him line up alongside Eric Bailly – now back from the African Cup of Nations – on Sunday.