Smalling, with Phil Jones injured, received a chance to impress at centre back alongside Eric Bailly against the champions and duly impressed supporters with a commanding, no-nonsense performance.

Valencia put in a characteristically bombastic performance on the right hand side, claiming his second assist of 2017 for Zlatan Ibrahimovic‘s 43rd minute goal.

The pair joined former red Fabio in WhoScored’s Team of the Week following what was a stellar defensive performance. 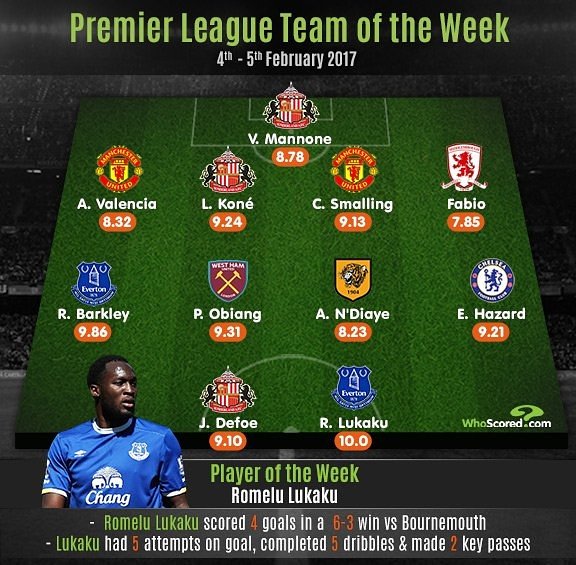 This was a game that Smalling simply had to grab by the scruff of the neck. He will know that, with Jones, Bailly, Daley Blind and Marcos Rojo all thriving this season, that opportunities will be few and far between, and his performance against Leicester – hallmarked by a tantalising mixture of grit and composure – sent out a big message to Mourinho, who has only handed the Englishman chances on a sporadic basis this season.

Valencia, on the other hand, seemingly never changes: always rampaging forward and making life hell for both left-backs and left-wingers, week in week out, with no apparent signs of slowing down whatsoever.