Manchester United can – for at least a few hours – move above sixth spot for the first time since September with a win over Watford on Saturday.

Sunday’s emphatic 3-0 win over Leicester, coupled with Liverpool’s 2-0 defeat at Hull, ensured that Jose Mourinho‘s men went to within just one point of Jurgen Klopp’s men.

Watford, however, could prove to be something of a stumbling block: Walter Mazzarri’s side have already beaten Man United this season and recently stunned the footballing world with a 2-1 win away at Arsenal.

With that in mind, here is a potential XI for the game against Watford, with Henrikh Mkhitaryan and Juan Mata keeping their places after impressing at the King Power Stadium. 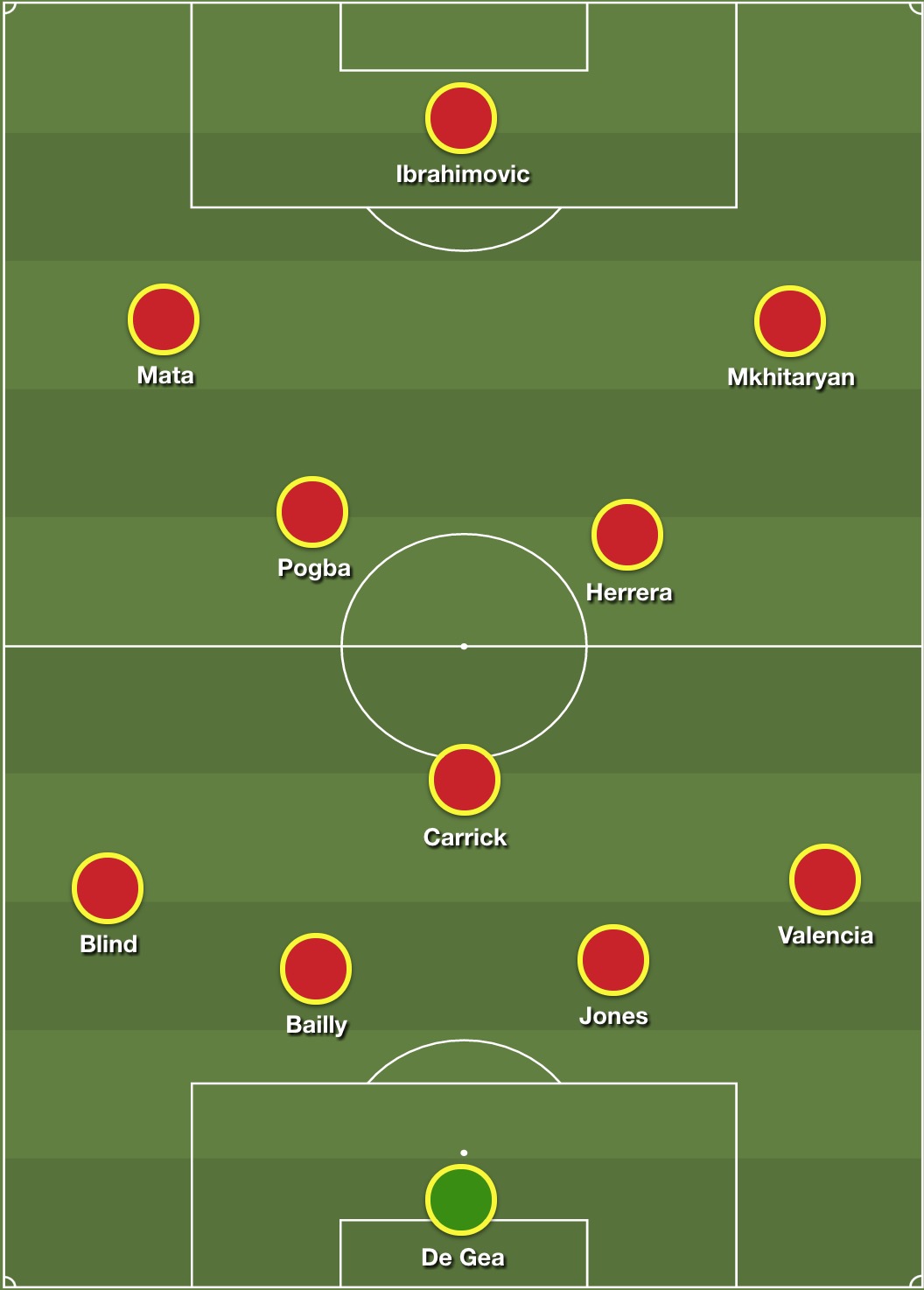 Mourinho, after 20 largely unimpressive minutes against Leicester, placed Mkhitaryan in the No.10 role and handed him complete freedom of the pitch. The result was sheer, unadulterated demolition. He was simply everywhere, bursting past defenders and completing passes that even those in the stands couldn’t see. The Portuguese will want to keep such a potent influence in the side for a game that Man United simply have to win.

Last season’s home game against Watford was decided by a sumptuous 83rd minute Mata free-kick, and following his wonderfully taken goal at Leicester over the weekend Mourinho will want to give the Spaniard another chance to wreak havoc against the Hornets.