Home » How Michael Carrick has improved at Man United this season

How Michael Carrick has improved at Man United this season

There was a time earlier on in the season where Michael Carrick looked as if he’d spend the next nine months largely on the periphery of proceedings at Old Trafford.

As Jose Mourinho‘s men struggled to find their feet during the early stages of the season, seemingly incapable of invoking much balance in midfield, Carrick had to watch from the sidelines.

And then, almost out of nowhere, he got his chance in the Premier League against Swansea City in November, and Mourinho hasn’t looked back since.

As the stats below reveal, his resurgence in form has been nothing short of miraculous. 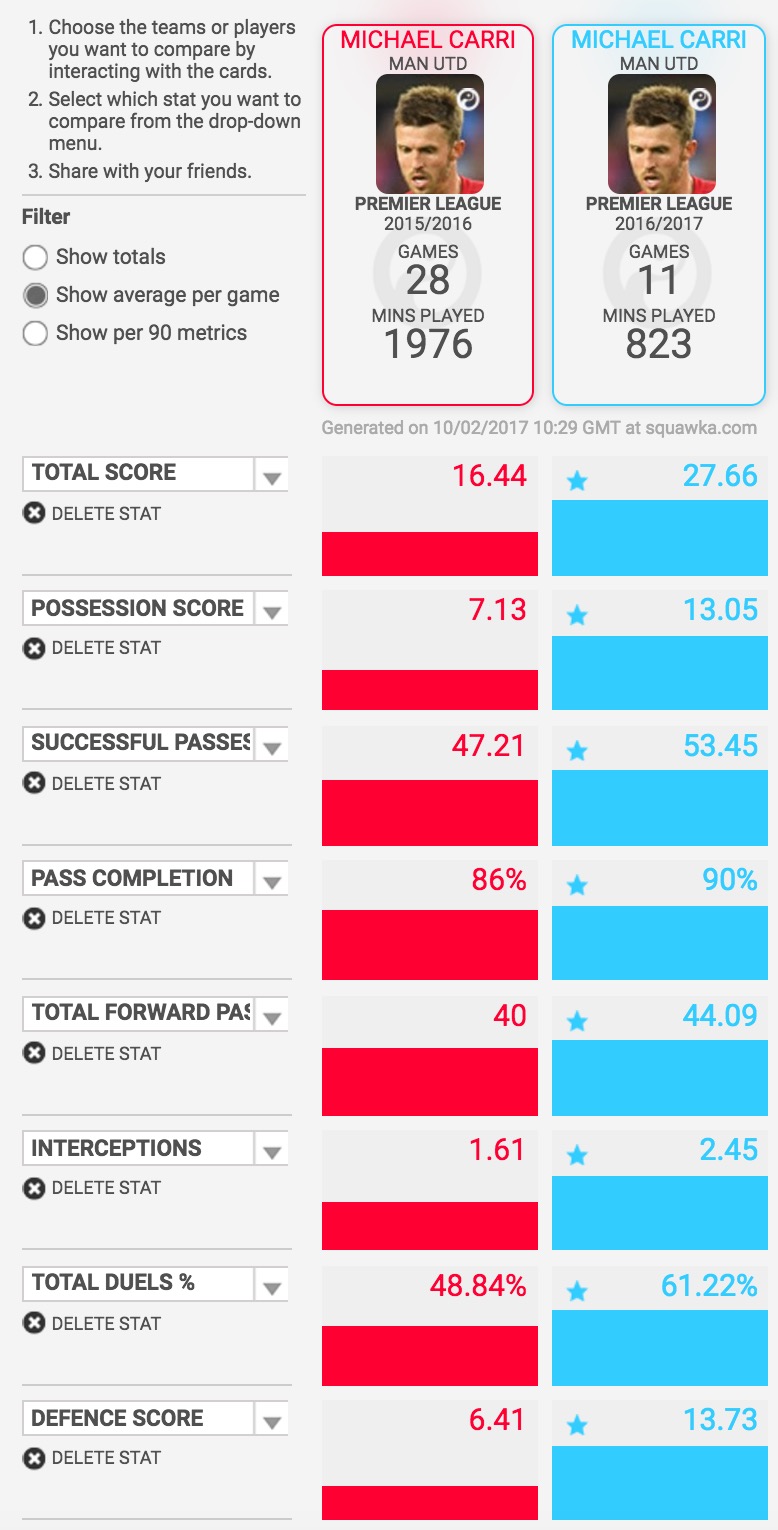 That game against Swansea was a crucial turning point in Man United’s season. It signalled the moment that saw Mourinho finally find his ideal midfield combination, with Carrick serving as an integral axis to the side’s balance.

It is no coincidence, after all, that United still haven’t lost a Premier League game with the 35-year-old in the starting XI. Carrick, above anything, adds a sense of definition to this side, acting as a constant source of metronomic poise at the base of midfield, and supporters will, no doubt, hope to see his calming influence at the base of midfield stick around for as long as possible.