Jose Mourinho will want to see his Manchester United side take control of their last 32 tie with Saint Etienne at Old Trafford on Thursday.

Two emphatic Premier League wins – 3-0 over Leicester City and 2-0 against Watford at home – in recent times has eased the discomfort that came from successive draws with Liverpool, Stoke City and Hull.

Man United fans will be desperate to see their side approach the game against ASSE with the same level of attacking intensity displayed over the weekend and an away day in Europe always brings something a bit special. With an allocation of 1300 given to us by the French club (if you haven’t sorted your Euros, check out the latest exchange currency rates here), there’ll be plenty of loud reds in France for what will no doubt be a very high tempo game.

But with the game in mind, here is a potential XI for the clash with Christophe Galtier’s men, complete with the three crucial players from Saturday’s win over Watford: Paul Pogba, Henrikh Mkhitaryan and Anthony Martial. 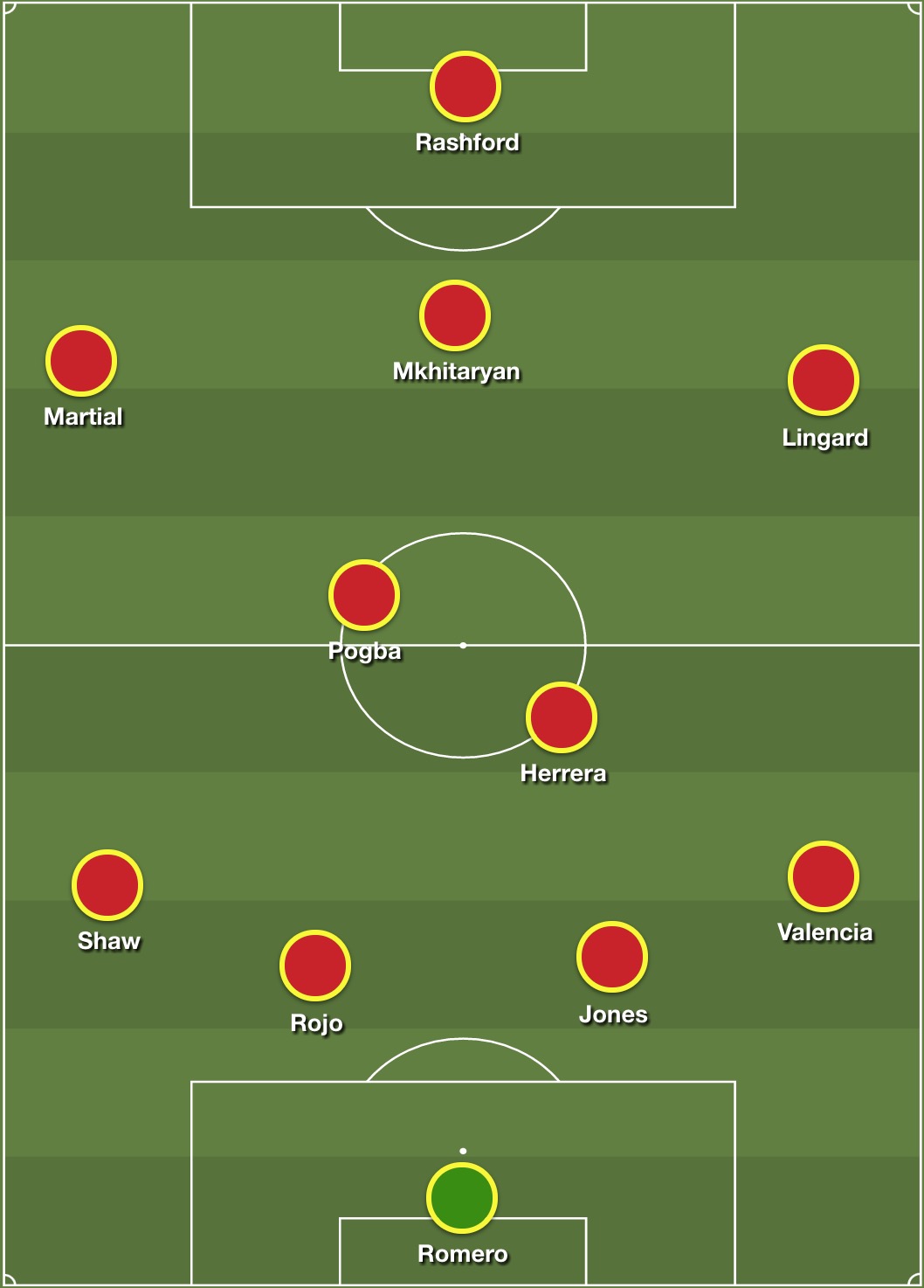 For those asking why Mourinho decided to give Martial some time on the sidelines over the last few weeks, his performance against Walter Mazzarri’s men serves as your answer: the Frenchman was a revived figure, bursting across the pitch with a sense of vigour and desire so often absent this season, and supporters will hope to see him feature once again.

Mkhitaryan, once again placed in the No.10 role, picked up from where he left off, swerving around players with his mazy prowess on the ball, turning the screw until Watford caved in. Coupled with Pogba’s power and pose in midfield, United were unstoppable going forward, and Mourinho will want to continue in similar fashion against ASSE.