Manchester United will travel to France firmly in the driving seat of their Europa League tie with Saint Etienne after claiming an emphatic 3-0 win in the first leg.

A mixture of Anthony Martial‘s brilliance, Zlatan Ibrahimovic‘s ruthlessness in front of goal and ASSE’s overall lack of potency ensured that Jose Mourinho‘s side all but guaranteed their place in the last 16.

That said, Mourinho will want to field a strong side and grab the first goal on the night, whilst also handing several players a rest ahead of Sunday’s League Cup final with Southampton.

With that in mind, here is a potential XI for the clash with Christophe Galtier’s side, with Marcus Rashford, Jesse Lingard and Timothy Fosu-Mensah all receiving a chance to impress from the start. 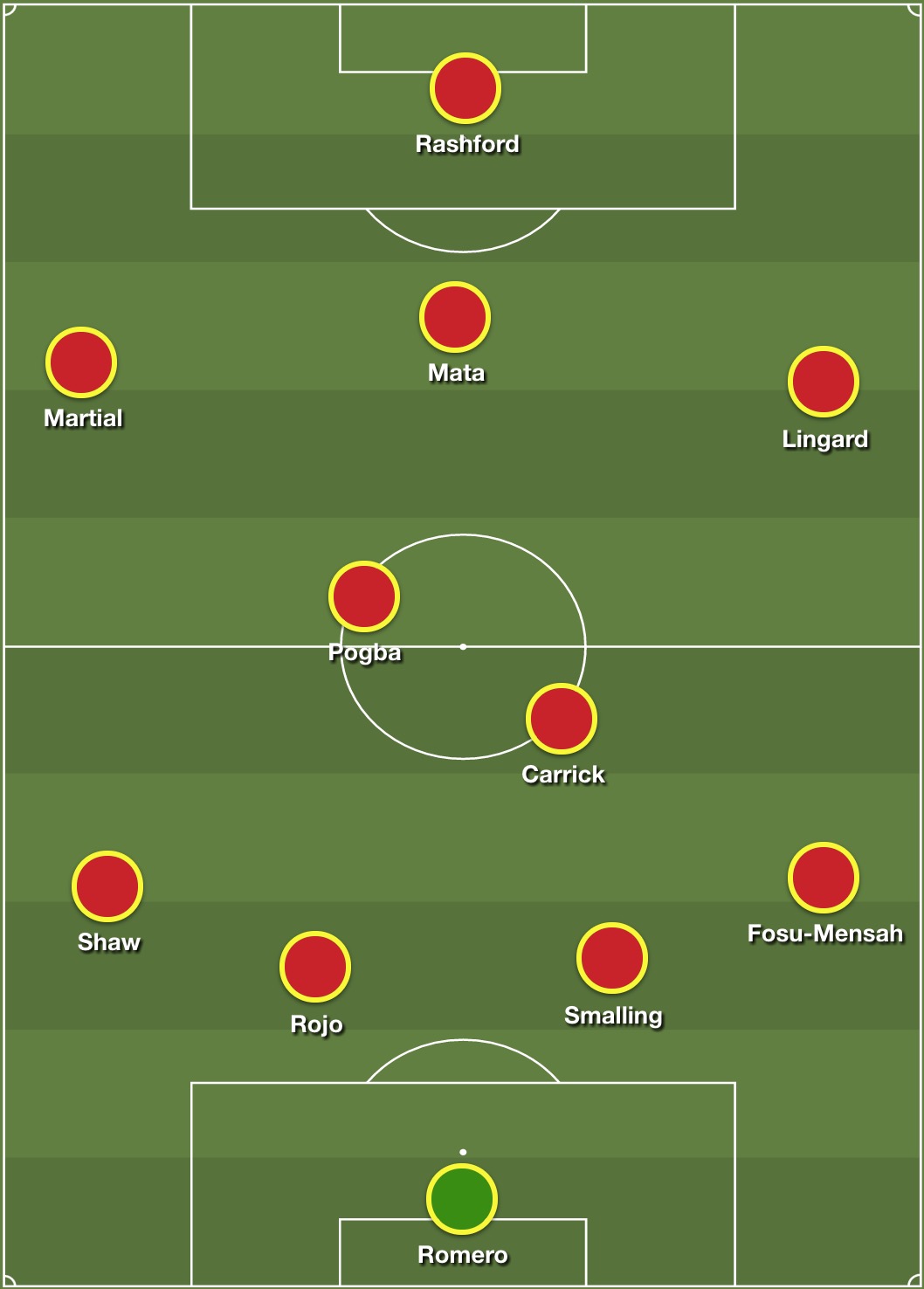 This season, for Rashford, is something of a learning process. The 19-year-old has spent more of this season watching Zlatan dominate opponents than actually playing himself – a deliberate ploy invoked by Mourinho to help the youngster develop. And if Sunday’s display against Blackburn Rovers was anything to go by, Rashford has formed into a more fully rounded talent this season.

Henrikh Mkhitaryan once again dazzled supporters with his mesmerising skill on Sunday and Mourinho will be desperate to keep the Armenian fresh for the visit to Wembley. Jesse Lingard‘s raw energy and pressing power would, one suspects, be a far more appropriate tool on Wednesday.

Chances have come few and far between for Fosu-Mensah this year, but with Antonio Valencia likely to be rested and Matteo Darmian struggling to convince anybody at full-back, the Dutchman could indeed receive an opportunity to start.