Manchester United vs Southampton: Potential XI with Martial and Lingard

Manchester United can send out an explosive statement of intent to their rivals with a League Cup final win over Southampton on Sunday.

They will be without Michael Carrick, Henrikh Mkhitaryan and Wayne Rooney – who are all nursing minor knocks – for the clash with Claude Puel’s side.

With that in mind, here is a potential XI for the game against Southampton, with Anthony Martial and Jesse Lingard occupying the wings. 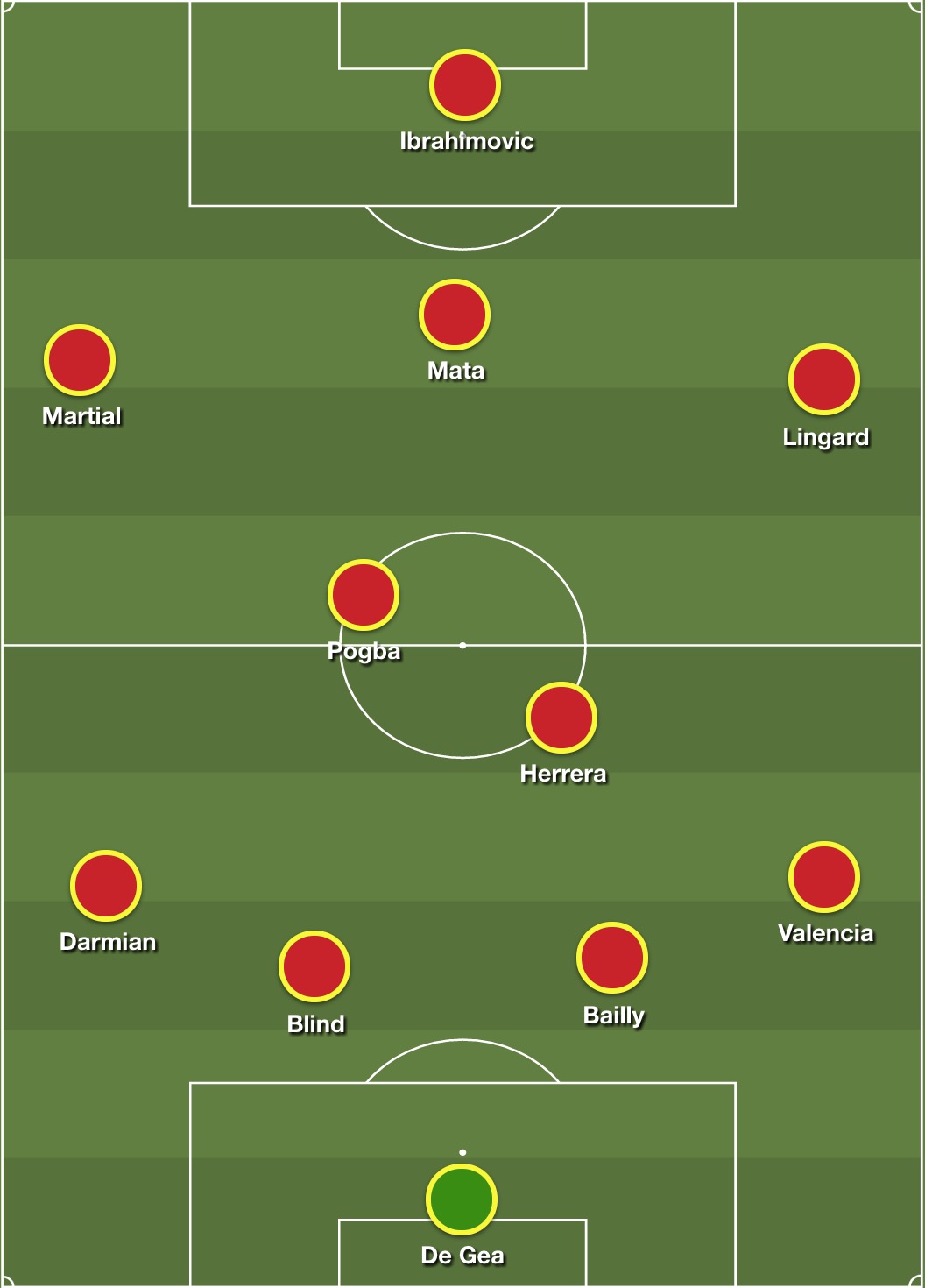 Lingard continues to act as something of an ambiguous figure at Old Trafford, attracting both praise for his work ethic and criticism for his lack of goalscoring prowess from supporters this season.

One thing that cannot be doubted, however, is that the 24-year-old has developed a recent knack for producing big moments at Wembley. United’s last two visits to the home of English football have held witness to two superb goals from Lingard, and Mourinho may be tempted to call on his raw energy and dedication on Sunday.

Martial didn’t feature against Saint Etienne on Wednesday, with Mourinho opting to use Marcus Rashford instead. But the Portuguese will know that the youngster, now restored to his devastating self on the left hand side following a spell away from the starting XI, could make a huge impact at Wembley.