Who should start for Manchester United against Southampton in the EFL Cup final?

It’s cup final day. Over 30,000 reds are descending on Wembley and Jose Mourinho‘s got a big decision on his hands – who will he start in his first cup final as Manchester United manager?

There are a few certainties in this team for sure. David de Gea will start in goal, Antonio Valencia has been outstanding at right-back this season and Eric Bailly will start at the heart of defence. But who will play alongside him? Phil Jones and Chris Smalling have travelled but I’d like to see Marcos Rojo start there – I just like the idea of a partnership between Rojo and Bailly bullying Southampton’s in-form striker Gabbiadini.

In midfield, I think we’re set – Michael Carrick, Paul Pogba and Ander Herrera. For years our midfield has been makeshift and changed so often but when they are fit I feel this trio is guaranteed to start.

It’s in attack where there are options as Henrikh Mkhitaryan has been ruled out through injury (hopefully not and it is mind games!) and I want to see Juan Mata start on the right hand side in his absence, with Anthony Martial operating on the left. Of course, Zlatan Ibrahimovic is up front. 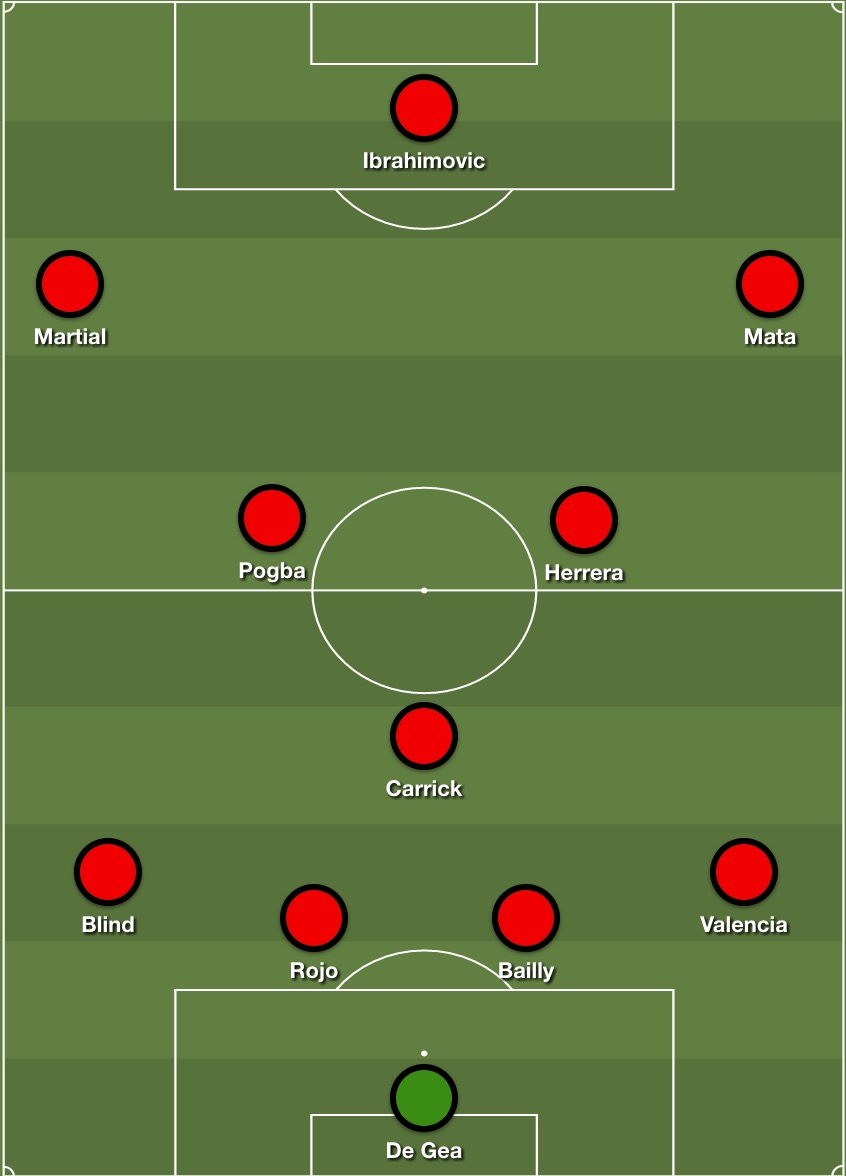 Who would you start against Southampton? Leave yours in the comments!