Manchester United will enter the game with AFC Bournemouth on Saturday with a spring in their step following last weekend’s dramatic League Cup final win over Southampton at Wembley.

Zlatan Ibrahimovic‘s late header was enough to see off the Saints, and Jose Mourinho‘s men will now return to a celebratory Old Trafford looking for their seventh straight win.

Henrikh Mkhitaryan, who limped out of Man United’s 1-0 win over Saint Etienne last week, missed out on the encounter at Wembley but should return in time for the clash with Eddie Howe’s men.

With that in mind, here is a potential XI for the game against Bournemouth with the Armenian featuring at No.10. 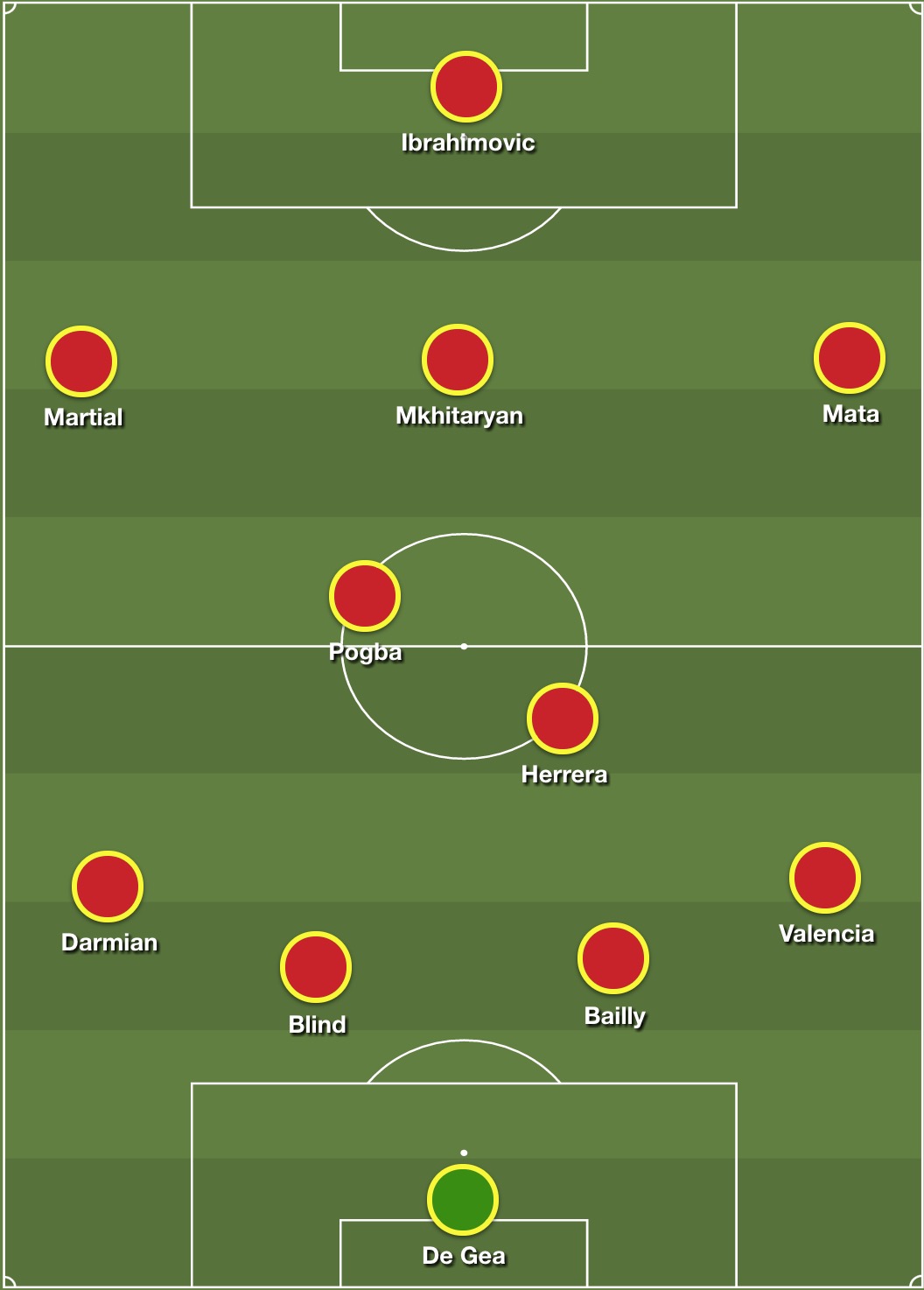 Sunday’s triumph at Wembley will, of course, go down as a memorable hallmark of this side’s recent history – their first trophy of the Mourinho era, claimed in truly dramatic, United-esque fashion.

But anybody who watched the game will tell you that Mourinho’s men were poor. The last few weeks had seen United cruise to comfortable wins, but this was a scrap – an ugly scrap – that very easily could’ve gone differently. Southampton were fluid going forward, exploiting gaps at will and interchanging frequently, leaving the likes of Chris Smalling and Marcos Rojo out to dry on a number of occasions.

United, in response, had very little verve about them going forward, clearly struggling without the constant mazy threat brought by Mkhitaryan. Mourinho’s men had their moments, no doubt, but couldn’t replicate that persistently penetrative attacking zeal usually seen with the 28-year-old at the axis of attack.

Supporters will hope to see Mkhitaryan return to action for a game that will see United grab the initiative from minute one.