You could tell that Jose Mourinho, amid the celebrations of his first major trophy as Manchester United manager, was acutely aware of the fact that his men, on the day, were relatively poor going forward during their League Cup win over Southampton.

The fact that Man United managed three goals is in itself astonishing: they lacked any genuine zeal, purpose or unpredictability going forward; Southampton, on the other hand, were almost impossible to pin down.

It was clear for all to see that United, above anything, desperately missed the mazy influence of Henrikh Mkhitaryan – who missed the game through injury – in the No.10 role, and Mourinho will want to restore the Armenian to the starting XI as soon as possible.

With that in mind, here is a potential XI for the clash with AFC Bournemouth on Saturday, with Mkhitaryan and Phil Jones returning to the starting lineup. 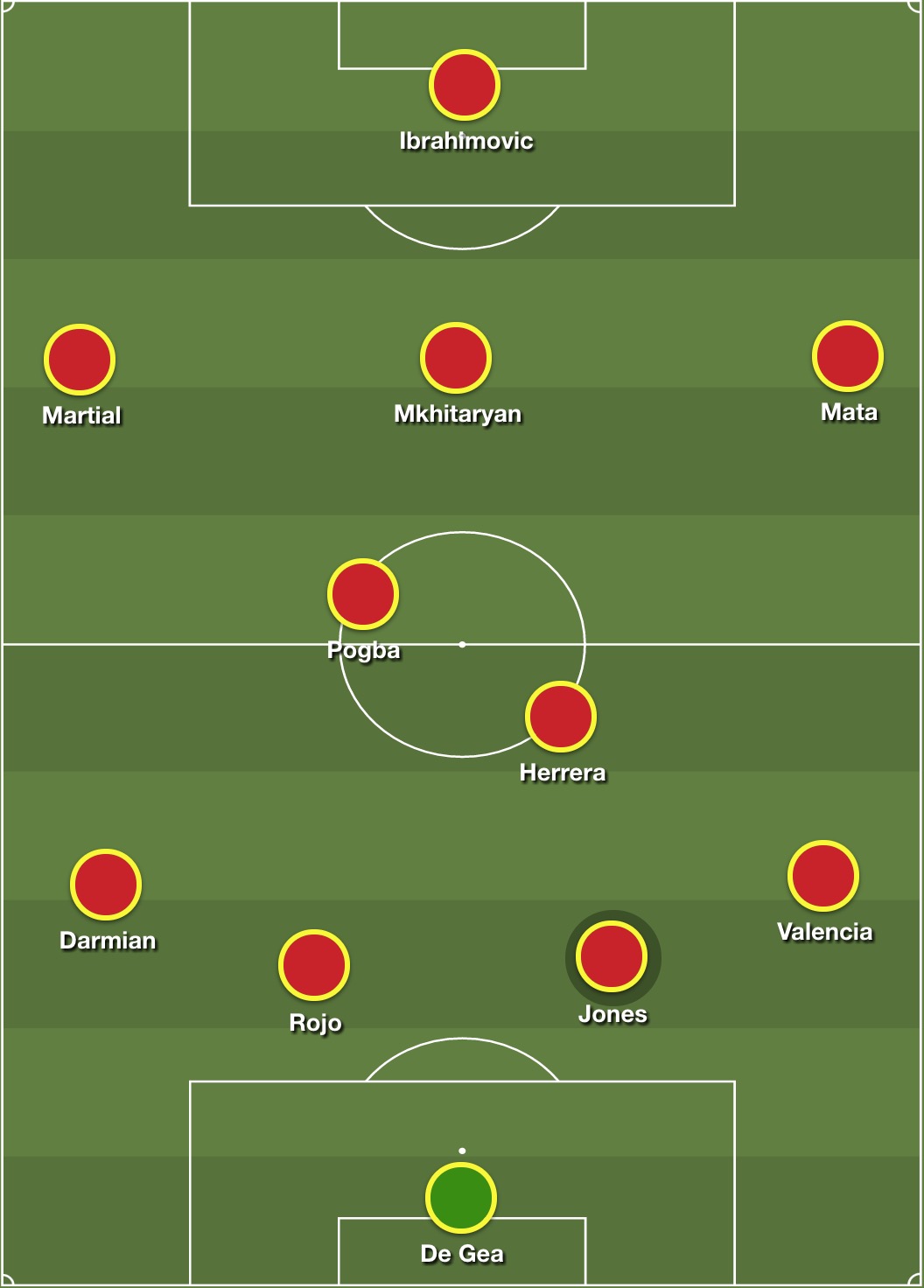 This is a game that Mkhitaryan should, at least on paper, completely dominate. Bournemouth’s central aim will be to hold firm, maintaining a strong core and minimising any gaps in behind, but the 28-year-old – with Ander Herrera and Paul Pogba acting as back-up – has made a habit of rupturing the very core of an opposition’s defensive frontier with his precision on the ball and mazy movement. His inclusion on Saturday, then, feels somewhat paramount.

Mourinho will be glad to see Jones, absent for the last six games, fully recover from an injury picked up last month in time for the clash with Eddie Howe’s men following Chris Smalling‘s neurotic display at Wembley last weekend.