Saturday’s 1-1 draw with AFC Bournemouth has set the stage for what will now be a crucial game against FC Rostov for Manchester United.

The clash with Eddie Howe’s side served as a golden opportunity to climb the table, but the home side once again fell short at the worst possible time, prompting many into dismissing the prospect of Mourinho’s men breaching the top four this season.

A convincing result against Rostov, however, would mean that only two more ties and 90 minutes in Stockholm stand between Man United and Champions League qualification.

Here is a potential XI for the trip to Russia, with Marcus Rashford stepping in for Zlatan Ibrahimovic and Luke Shaw keeping his place at left back. 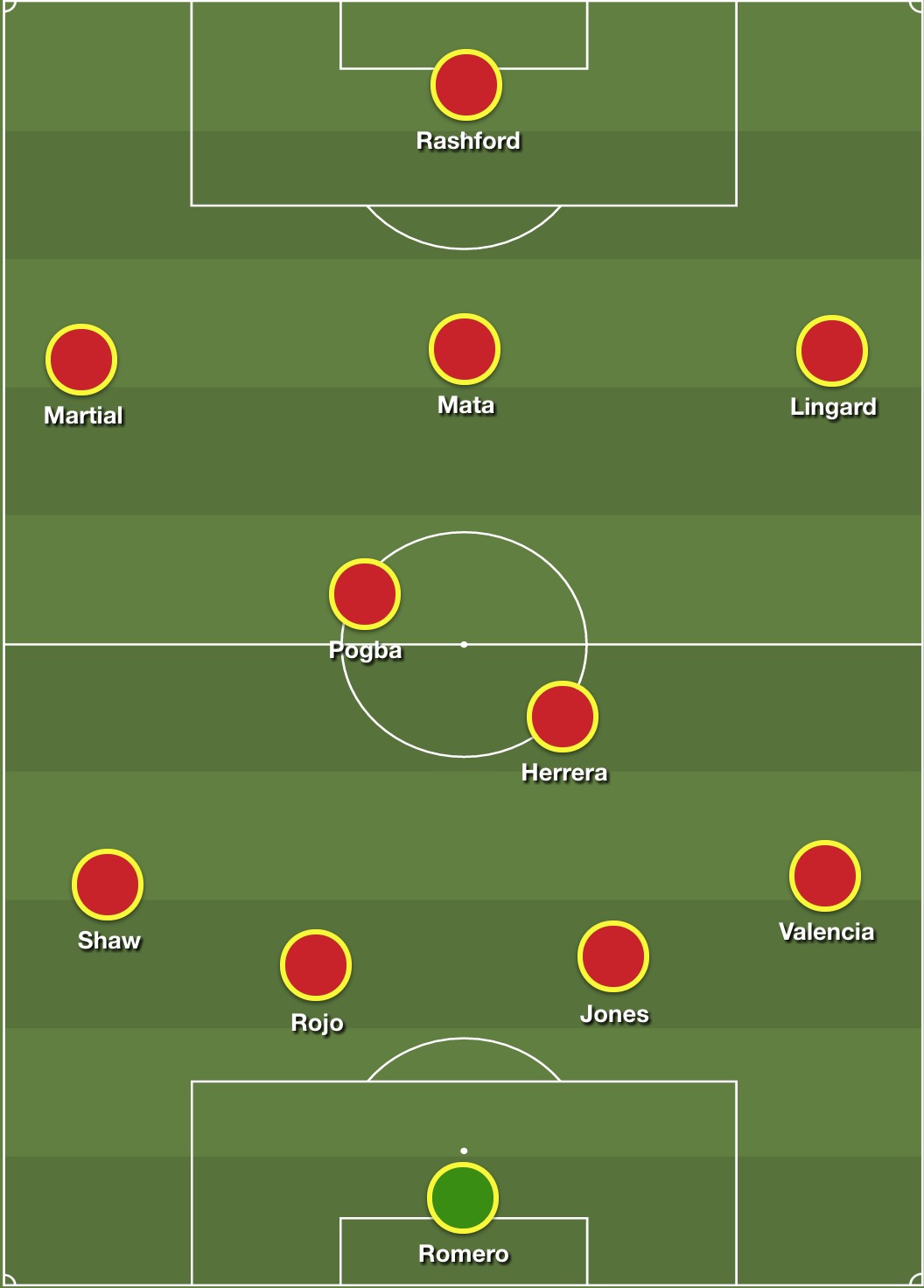 There were creeping signs of Zlatan starting to fatigue against Bournemouth, perhaps overwhelmed by spending the last month essentially carrying Mourinho’s side over the line on numerous occasions. His movement wasn’t quite there, nor was his usually crisp delivery on the ball.

Introducing Marcus Rashford, therefore, feels like the perfect move; the youngster provides a wholly new dynamic at No.9, encouraging United to adopt a more direct stye and placing huge emphasis on raw, unyielding energy at the masthead of attack – an approach which inevitably permeates the entire squad. The Englishman, with Zlatan expected to serve a three match ban, will lead the line for United over the next few weeks, and Mourinho will want to hand him some proper minutes ahead of a crucial couple of weeks.

Shaw delighted supporters with a powerful, dedicated and – perhaps most importantly – gutsy display against Bournemouth, displaying a level of steel that has often failed to emerge this season. United fans will be desperate to see the youngster make further steps in Russia on Thursday.