Chelsea vs Manchester United: Potential XI with Rashford and Mata

Antonio Conte’s side, now strolling towards the title, haven’t lost at home since September and will be fresh following a week’s preparation.

Man United, on the other hand, have only managed two wins at Stamford Bridge in the last ten years and embark on their latest visit with only two days of preparation under their belt following their trip to FC Rostov on Thursday.

Here is a potential XI for United’s visit to Chelsea on Monday, with Marcus Rashford and Juan Mata both returning to the side. 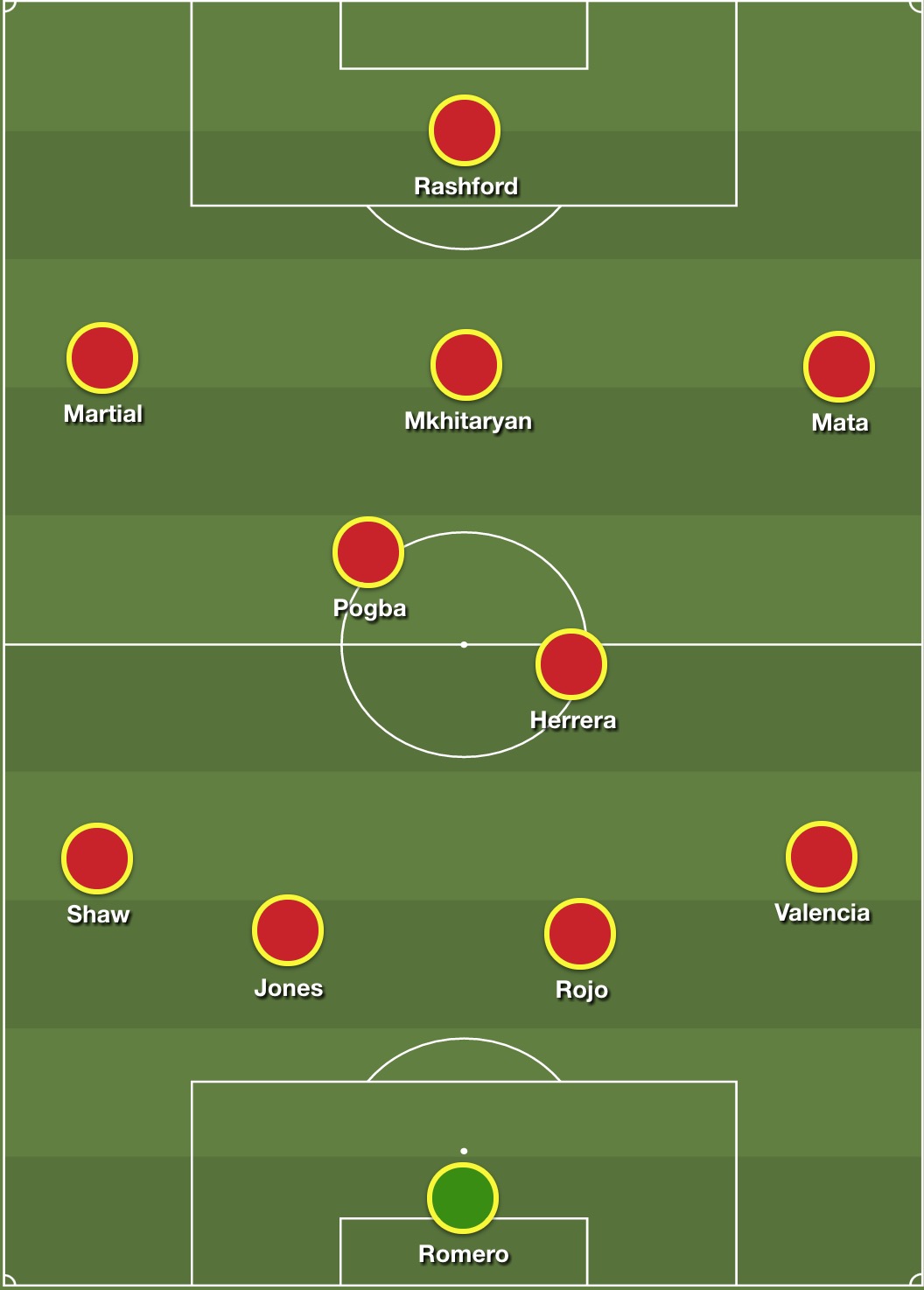 Rashford will, for the first time this season, have a chance to enjoy a run of games in the No.9 role following Zlatan Ibrahimovic‘s suspension, and the fact that his first outing will come against Chelsea serves as perhaps something of a blessing in disguise. United’s last game against the Blues, after all, was nothing short of a tactical failure in midfield; the Portuguese’s midfield couldn’t generate their usual momentum in the face of N’Golo Kante and Nemanja Matic, cutting off their usual supply line to the Big Swede.

With Rashford in the side, however, United can opt for a more direct route and stretch Chelsea’s back three. October’s contest saw everything happen in front of their back four; Mourinho will want to force the likes of David Luiz and Gary Cahill into racing back towards their own goal.

Key to that, of course, is Juan Mata – rested in Rostov ahead of the game against his former side. The Spaniard, cutting in from the right hand side, will look to link up with the effervescent Henrikh Mkhitaryan and find spaces for Rashford to run into.

United fans will be hoping to see such an approach work better than the last plan their side brought to Chelsea.