Jose Mourinho is responsible for 60% of Chelsea’s top division titles in the history of their club but fans decided to chant ‘f**k off Mourinho’ at him inside Stamford Bridge on Monday night.

At the end of the game, Mourinho responded in his own way by walking up to the away end in front of over 5,000 reds and banged the Manchester United crest on his chest. 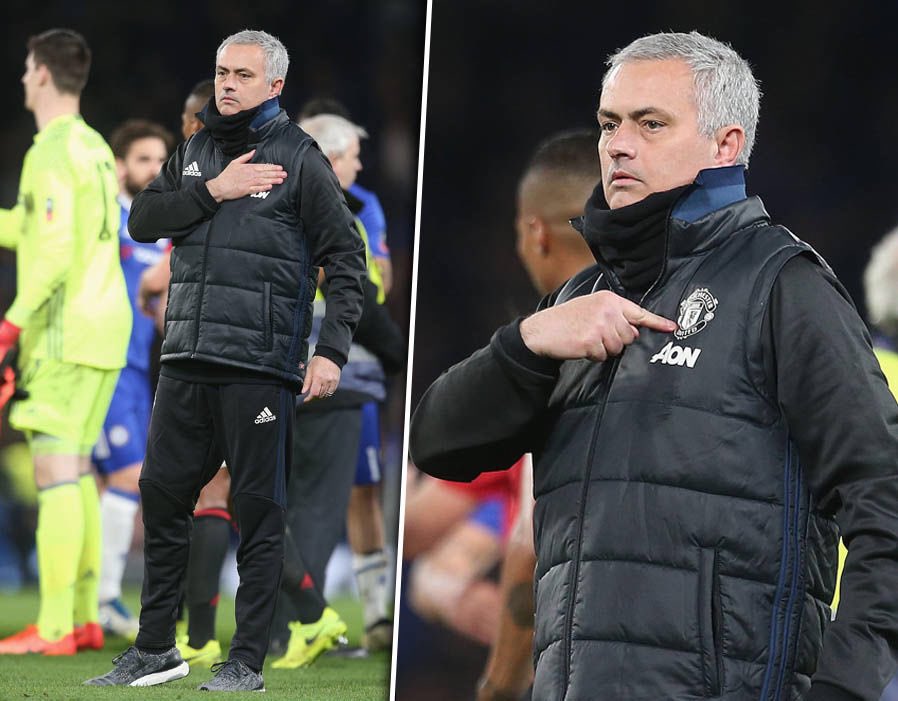 Mourinho hasn’t had the best of times back at his former club this season with two defeats in two games having not scored a single goal in that time but those factions of Chelsea fans chanting at him was a disgrace. He’s their most successful manager ever and that will probably never change but with that chant, that relationship seemed to change in an instant. Last year he was booed before he was sacked, now he was booed and ridiculed by those same fans – Jose was a blue, now he’s a red.

I’m so confident about United going forward. If we can finish in the top four and win the Europa League this year it will be a great platform to build on and with Mourinho in charge we’re heading in the right direction. Here’s to next season, here’s to Mourinho, here’s to United. Up the reds.