Manchester United will be widely expected to secure a place in the Europa League quarter final for the first time since 1984 against FC Rostov on Thursday night.

Henrikh Mkhitaryan’s strike in what was an unattractive, gritty first leg ensured that Jose Mourinho‘s men left Russia with a valuable away goal going into the clash at Old Trafford.

Jose Mourinho will want to restore both Antony Martial and Juan Mata – absent for the last two games – to the starting line-up, as well as handing Mkhitaryan another chance to impress after being sacrificed for Marouane Fellaini following Ander Herrera‘s first half red card at Chelsea last Monday.

Here is a potential XI for the game against Rostov with the aforementioned trio making up Man United’s attacking midfield. 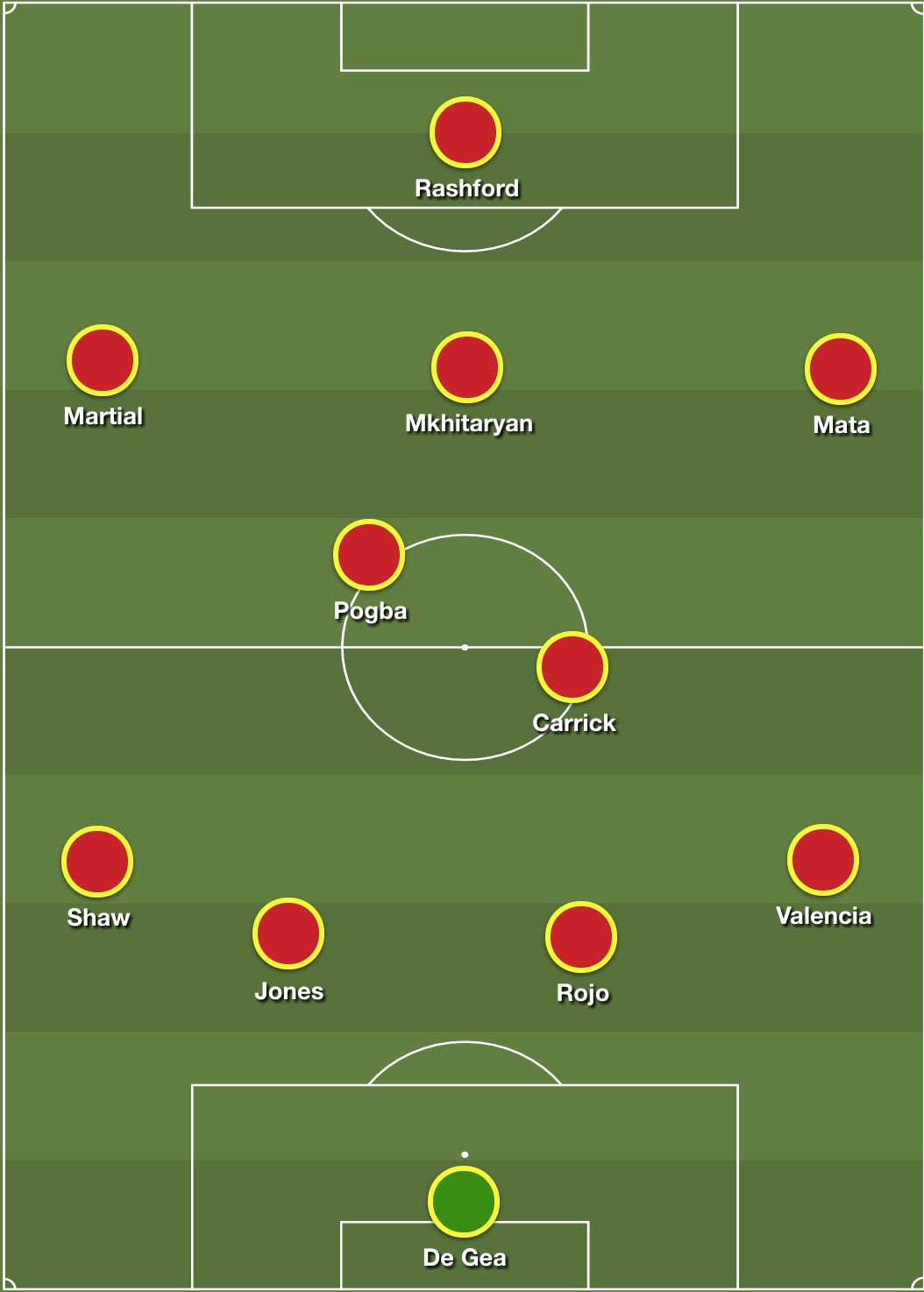 Perhaps Rostov deserve more credit for the way they composed themselves in the first leg. The playing surface was always going to favour the home side, of course, but their constant harassment of the area behind United’s midfield and aerial approach asked plenty of questions of Mourinho’s set-up. They used the alien surroundings to their advantage, forcing the visitors to leave their comfort zone.

But such a dynamic will not be present on the pristine, wide Old Trafford surface; the combined speed, power, innovation, technique and slickness of Martial, Mata and Mkhitaryan ought to keep Rostov on the back foot all evening.