Jose Mourinho will be without a number of key players for Manchester United’s game against Middlesbrough on Sunday following a sudden onslaught of injuries and suspensions over the past few weeks.

Zlatan Ibrahimovic remains condemned to the sidelines for two more games following his exchange with Tyrone Mings, whilst Ander Herrera also misses out following his red card against Chelsea earlier this week.

Antony Martial hasn’t featured since the 1-1 draw away to FC Rostov last week and will most likely miss out on the clash at the Riverside alongside Paul Pogba, who picked up a hamstring injury during Man United’s 1-0 win over FC Rostov on Thursday.

With that in mind, here is a potential XI for the encounter with Middlesbrough without the aforementioned foursome. 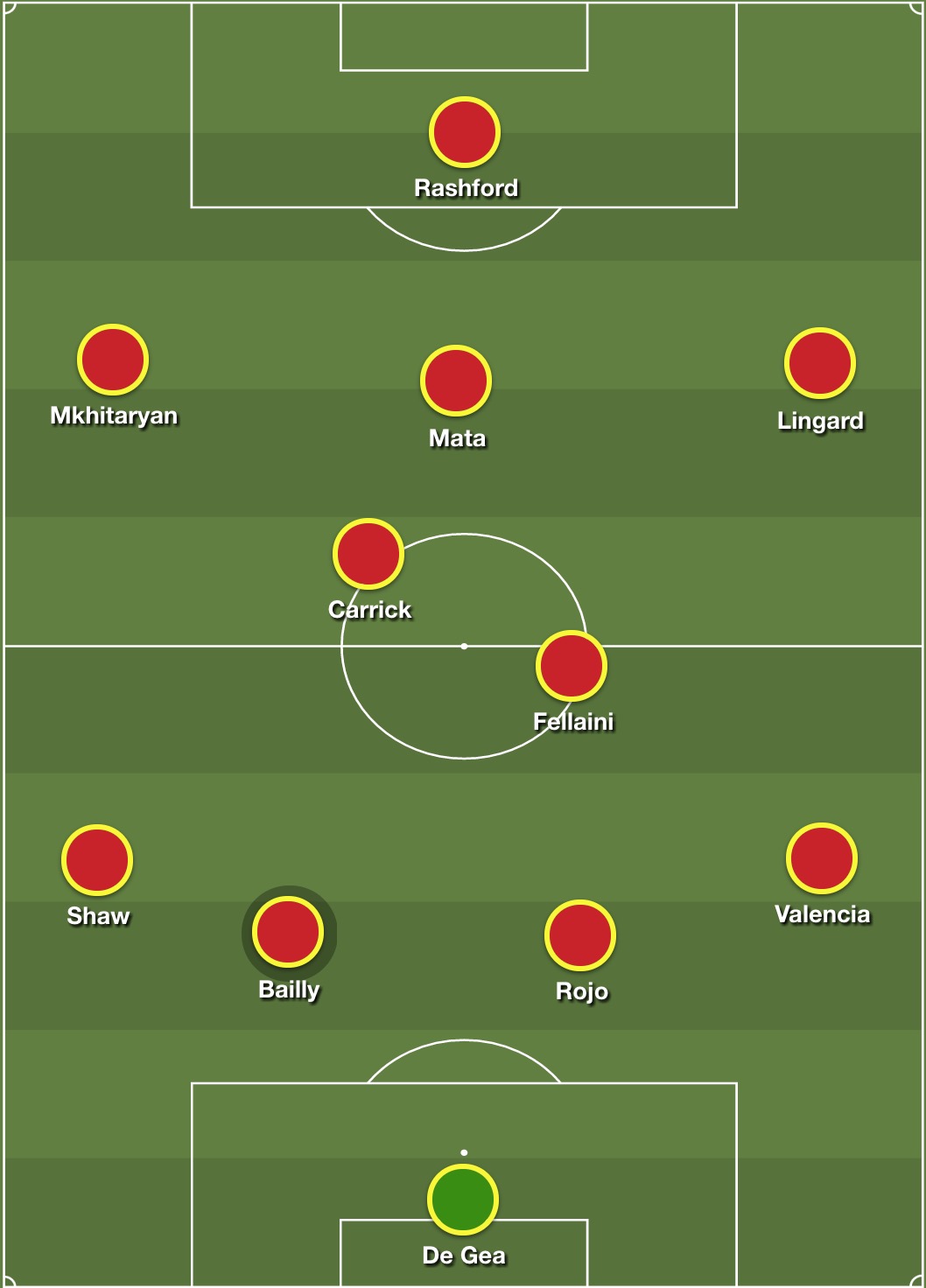 Mourinho was quick to point out the dangers of United’s mounting fatigue ahead of Sunday’s game, even going as far to note that his side would ‘probably lose’ the clash with Aitor Karanka’s side after playing eight games in just over a month.

But with this starting XI the Portuguese will be able to field six players – Jesse Lingard, Marcus Rashford, David de Gea, Luke Shaw, Michael Carrick and Marouane Fellaini – that didn’t start against Rostov on Thursday, and the return of Carrick will be crucial when it comes to injecting efficiency and balance at the Riverside.