Manchester United have made an unwelcome habit of dropping points at a time where a win would see them climb the Premier League table.

The most recent example, rather conveniently, came during Man United’s most recent home game – a 1-1 draw with AFC Bournemouth that consigned Jose Mourinho‘s men to another week of lying in sixth spot.

And with two games in hand and four points standing in between United and the top four, supporters will be wary of not making the same mistake against West Bromwich Albion on Saturday.

With that in mind, here is a potential XI for the clash with Tony Pulis’ men including Henrikh Mkhitaryan and Marcus Rashford. 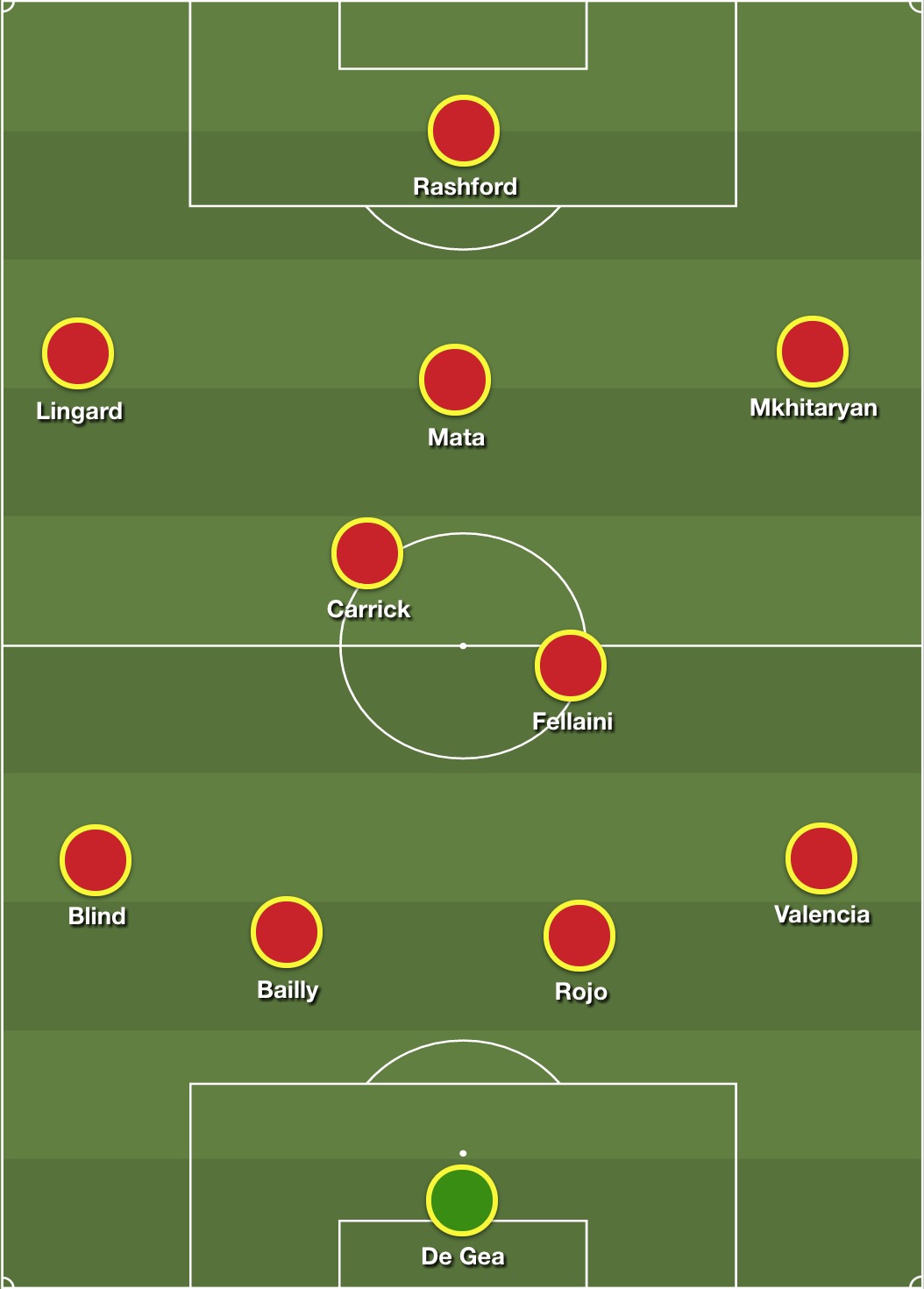 Mourinho will know what to expect from Pulis on Saturday. The Baggies boss, ever since taking Stoke to the Premier League in 2008, has mastered the art of stifling bigger teams and indeed the entire atmosphere of any given encounter with his overly regimented defensive approach as manager. Every manager of a big Premier League side from the last five or six years can look back on at least one excruciating Pulis inflicted episode.

The combination of Marcus Rashford and Henrikh Mkhitaryan, therefore, feels somewhat crucial. This is a game that will require finely tuned attacking fervour from start to finish; Mourinho will want his side to keep the ball moving as quickly as possible all afternoon.

Rashford’s capacity to stretch a back four, coupled with Mkhitaryan’s aptitude for exploiting spaces with his deadly vision and execution, could be the key to unlocking a rigid West Brom defence.