Manchester United will enter Saturday’s contest with West Bromwich Albion plagued by a number of injuries and suspensions following the international break.

Jose Mourinho confirmed earlier today that Paul Pogba would not recover in time from his hamstring injury ahead of the clash with Tony Pulis’ side, whilst also revealing that Phil Jones and Chris Smalling – both injured during the international break – would be out for some time.

He did, however, confirm that Wayne Rooney had made a full recovery from injury over the international break and would be available for selection.

With the latest injury update in mind, here is a potential XI for the clash with the Baggies on Saturday. 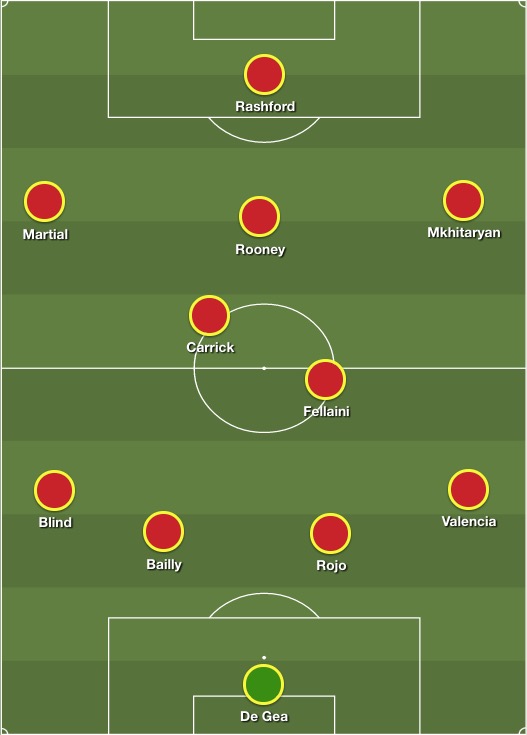 Rooney has only made one Premier League start since enjoying a strong performance during Man United’s 2-0 at the Hawthorns back in December. His time on the pitch under Mourinho is slowly dwindling, and as United embark on what could be the 31-year-old’s last end-of-season climax he will, no doubt, want to take full advantage of every opportunity he receives.

How swiftly he shifts the ball at No.10 could have an enormous bearing on how the entire afternoon pans out: the reverse fixture saw Rooney, Henrikh Mkhitaryan and Jesse Lingard move the ball smartly and it paid dividends; any stagnation on Saturday, however, would precipitate a truly grim afternoon for players and supporters alike against a notoriously rigid West Brom side.