Sir Alex Ferguson was at Old Trafford on Saturday afternoon as Manchester United fell to a 0-0 draw with West Bromwich Albion.

Man United had the chance to close the gap on the Premier League top four and move within four points of Liverpool following their 3-1 winners against Everton in the Merseyside derby.

However, the side struggled to remain clinical in front of goal and break through Tony Pulis’ squad as they came away from Old Trafford with one point.

Here’s a look at Fergie during the game. 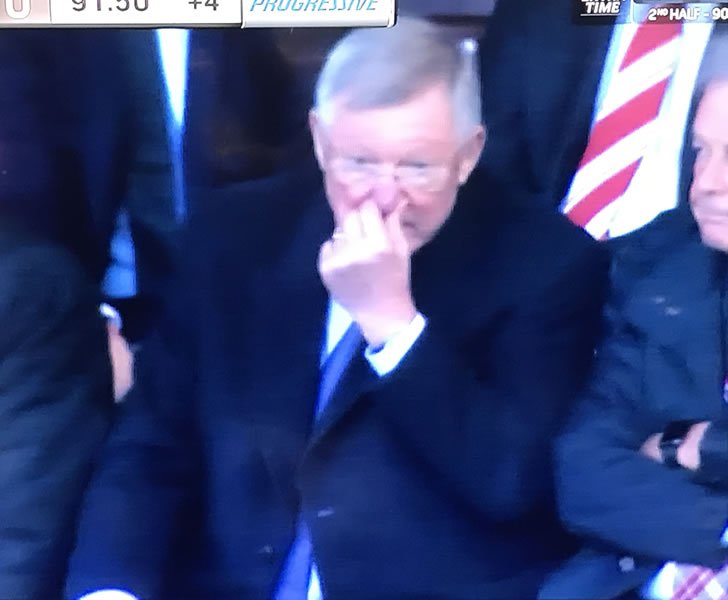 Man United have now drawn 8 of their last 12 Premier League games at Old Trafford and they’ve lost vital points in their aims of a Champions League qualification this camapign.

Mourinho has been unlucky with injuries but there are no excuses for the boring display fans witnessed at Old Trafford, especially as the club are fighting extremely hard for points this season.

While Mkhitaryan wasted the best chance to pull ahead, the rest of the players didn’t have much better to offer as they weren’t performing to the best of their abilities.

With a clash against Everton at Old Trafford on Tuesday 4 April, hopes are Mourinho can get a better all-around performance out of his players.