Jose Mourinho will know that only a win against a struggling Sunderland side will suffice following galling home draws against West Bromwich Albion and Everton over the past week.

David Moyes’ side, now six games without a win and two whole months without even scoring a goal, look destined for relegation this season.

Manchester United now lie four points off fourth spot and will desperately want to kick on from a late Luke Shaw inspired surge against Everton, which saw the Englishman win his side an injury time penalty, at the Stadium of Light.

With that in mind, here is a potential XI including Shaw and Paul Pogba, who returned to action against the Toffees as well. 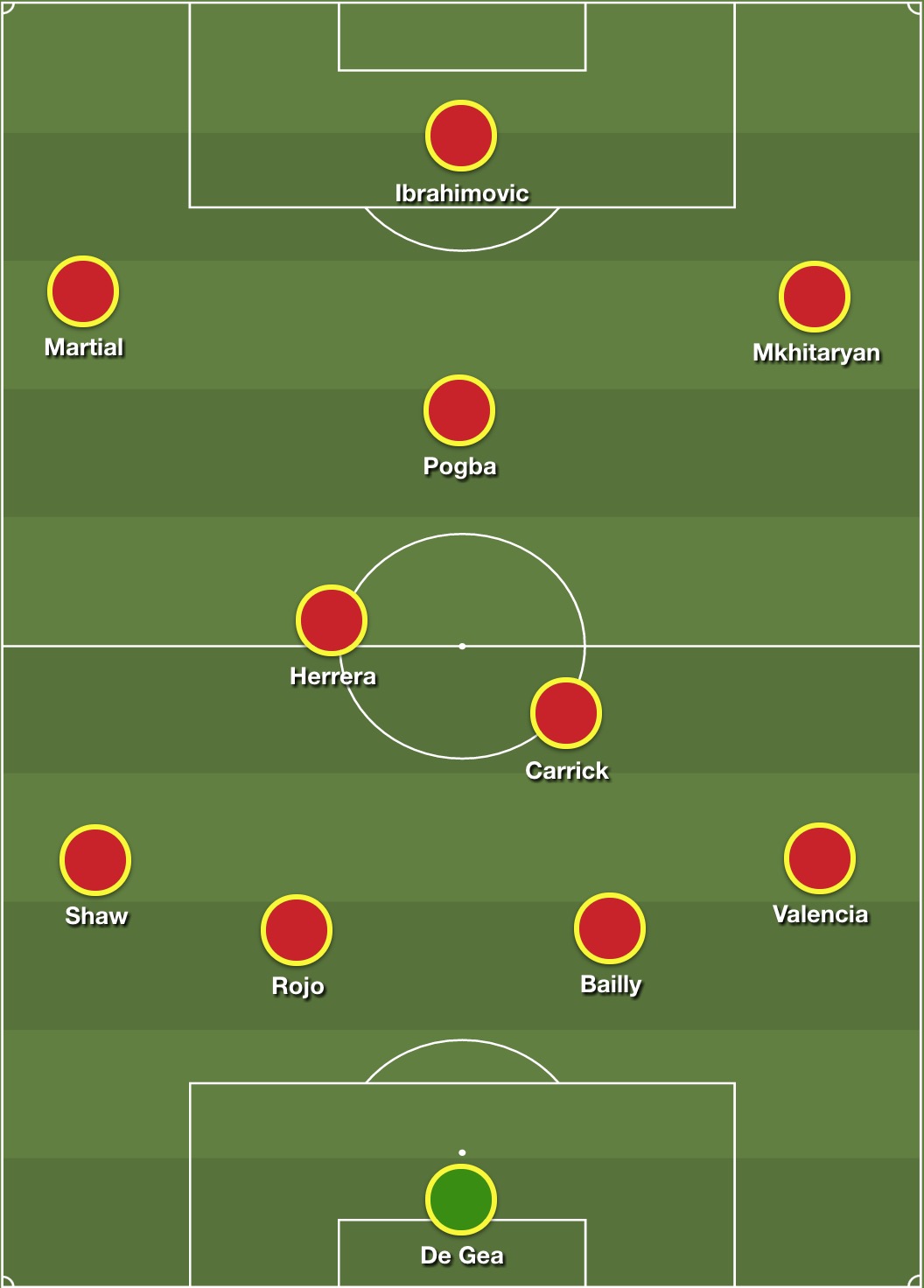 The Everton game, whilst overwhelmingly disappointing, was massive for Shaw: fresh from being publicly criticised by Mourinho, he took to the Old Trafford turf like a man possessed, clearly determined to reassert himself on the United side after being handed a tacit ultimatum by his boss. Using him against Sunderland, therefore, makes perfect sense.

Another self-explanatory introduction would be Pogba. United were overrun in midfield by Ronald Koeman’s side for large parts of Tuesday night, visibly lacking the precision and forward impetus usually delivered by the Frenchman. His presence in what promises to be a scrappy encounter with Moyes’ men feels somewhat vital.