Anderlecht vs Manchester United: Potential XI with Shaw and Carrick

Manchester United picked up a much-needed confidence booster ahead of their Europa League clash against Anderlecht with a convincing 3-0 win over Sunderland in the Premier League.

Goals from Zlatan Ibrahimovic, Henrikh Mkhitaryan and Marcus Rashford wrapped up a comfortable win over the doomed Black Cats on an afternoon that saw Luke Shaw enjoy another powerful display.

Jose Mourinho will know, however, that his side’s visit to Belgium will serve as a far trickier – and indeed more crucial – encounter.

With that in mind, here is a potential XI featuring Michael Carrick and Shaw, who will be brimming with confidence following his display at the Stadium of Light. 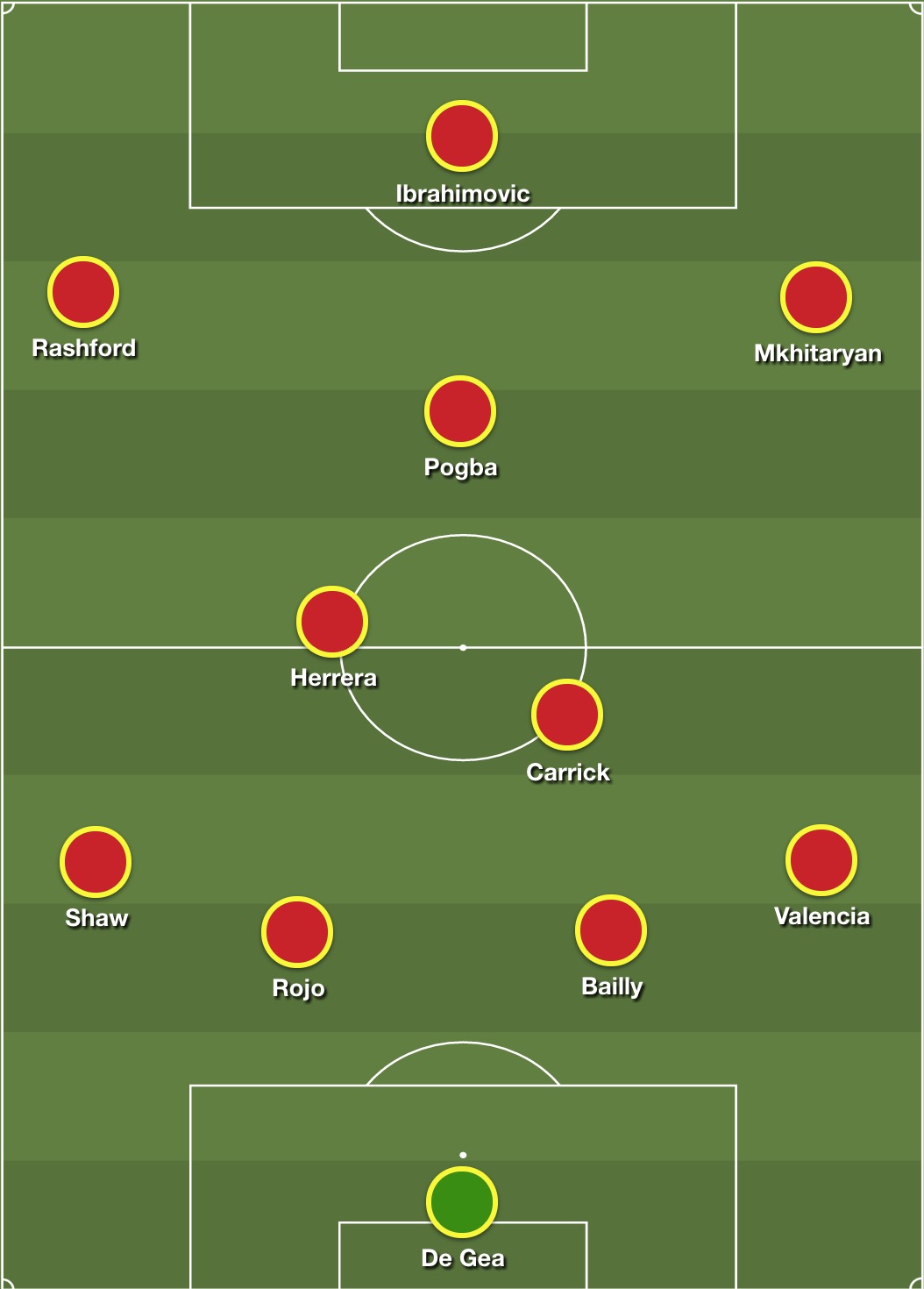 Mourinho will be keen to keep Shaw in the starting XI following convincing performances against Everton and Sunderland. The 21-year-old, a confidence sapped figure for most of the season, will now feel himself getting in the groove once more, and his raw energy and newfound commitment to the cause – something perhaps rooted in Mourinho’s remarks from last week – could be crucial in what promises to be a furious encounter.

And Carrick ought to be included for the same reason. Mourinho could afford to leave him out of what was a lukewarm encounter with a depleted Sunderland side, but Anderlecht will throw everything at United on Thursday, rendering the 35-year-old’s balance and poise at the base of midfield somewhat paramount.