Jesse Lingard has provided an injury update after Manchester United’s 3-0 victory over Sunderland at the Stadium of Light on Sunday afternoon.

He was kicked in the head by Javier Manquillo, but was still given a yellow card by referee Craig Pawson for committing a foul on the Spaniard.

Just moments after the incident, Lingard was withdrawn by Jose Mourinho for Marcus Rashford, who managed to find his first Premier League goal since September to help see out the game.

Lingard uploaded a picture of his injury to Snapchat after the game with the word great. 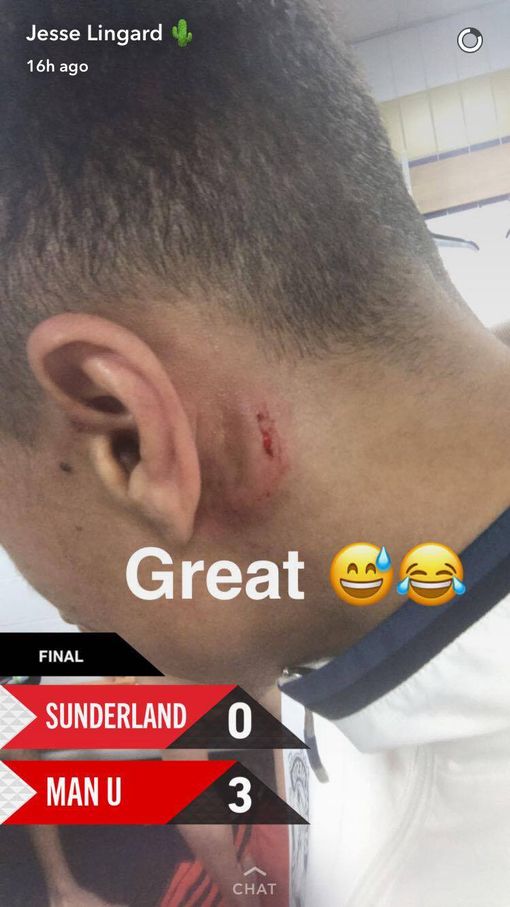 He signed a four-year contract with United last week and has clearly impressed Mourinho with his ability as a brilliant squad player following recent displays.

Lingard appears to be fit to travel to Brussels for United’s Europa League quarter-final first leg against Anderlecht on Thursday, which will be a vital game for the side as the Portuguese boss is set to place an emphasis on the competition as a way back into the Champions League.