Man United vs Chelsea: Potential Starting XI – Return of 3 at the back?

Up until Ander Herrera was sent off away at Stamford Bridge in the FA Cup, Manchester United more than matched Chelsea. After that dismissal, it was one way traffic but we may well see some similar tactics from Jose Mourinho against Chelsea on Sunday.

Man United do have a shortage of centre-backs thanks to long-term injuries to both Chris Smalling and Phil Jones but we’ve got three available in Eric Bailly, Marcos Rojo and Daley Blind, so Mourinho can match Antonio Conte’s formation if he wanted to.

I think he will. Man United’s shape was excellent at Stamford Bridge prior to Herrera getting sent off and here’s how we could line-up on Sunday using the same tactics: 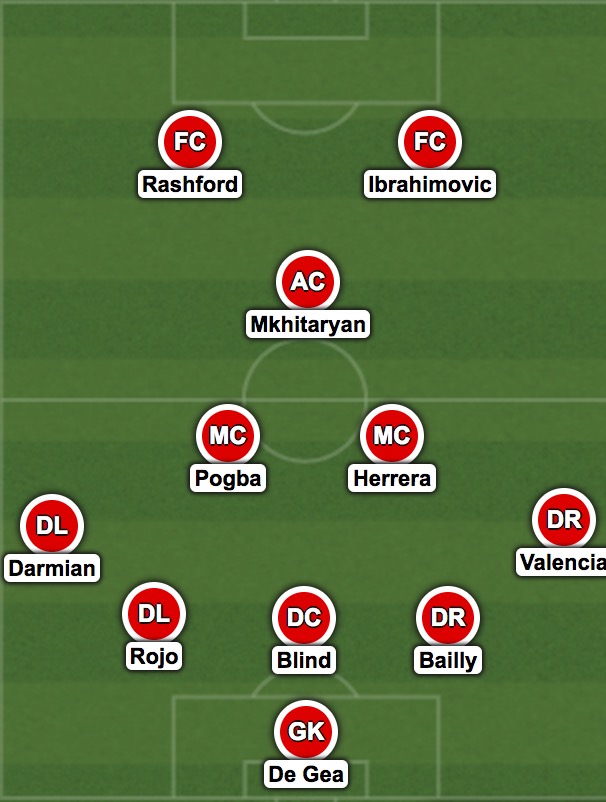 Sunday is going to be a very tough game for United and one which could galvanise the rest of our season. If we can do what so few teams have managed this season and beat Chelsea then we’ll be in prime position to push for a top four finish and march on in the Europa League as we’ll get a real confidence boost from winning that.

Maybe playing three at the back is the way to beat Chelsea – just ask Tottenham Hotspur – and Mourinho could very well use that same tactic on Sunday.