Manchester United vs Anderlecht: Potential XI with Ibrahimovic and Mkhitaryan

Manchester United dominated proceedings in Belgium last week, but they would have come out of the game determined to do more after succumbing yet again to a poor equaliser to cancel out their advantage.

Leander Dendoncker’s late header brought the aggregate score to 1-1 ahead of the clash at Old Trafford this Thursday and reminded Jose Mourinho‘s men of a need to be far more ruthless in front of goal.

With that in mind, here is a potential XI for the clash with Rene Weiler’s complete with the reintroduction of Zlatan Ibrahimovic and Henrikh Mkhitaryan ahead of a game that Man United simply need to win. 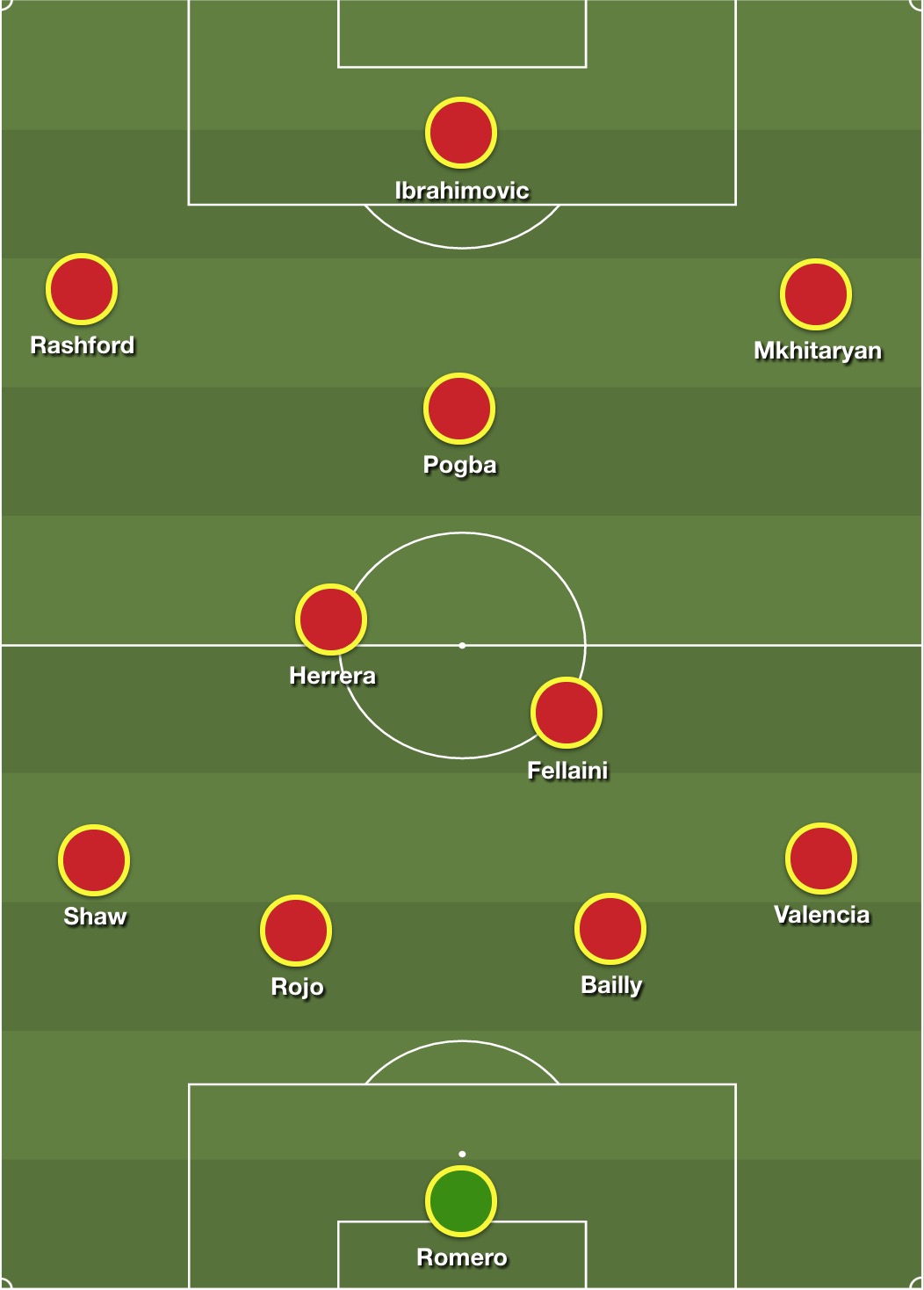 Mourinho would have rested the pair over the weekend with this clash against Anderlecht in mind. Both have demonstrated a capacity for dismantling continental sides at home under the 54-year-old: Mkhitaryan, after all, has scored in Man United’s last four away games and has been irresistible in the No.10 role since returning to the side in November (they still haven’t lost a European game with the Armenian in the starting XI); Zlatan dismantled Saint Etienne on his own with a hat-trick in the last 32.

Supporters will desperately hope that the combined power and cutting edge provided by Zlatan and Mkhitaryan will be enough to see their side into the semi-final.