Sir Alex Ferguson was in good spirits as Manchester United came to a 2-1 victory over Anderlecht in the Europa League quarterfinal on Thursday night.

Jose Mourinho‘s side welcomed Anderlecht to Old Trafford after a 1-1 draw in Brussels in the first leg last week at the Constant Vanden Stock Stadium.

Henrikh Mkhitaryan scored our only goal of the game in Belgium and managed to find the opening goal of the game once again in the second leg before Sofiane Hanni levelled the play and with time running out, Marcus Rashford‘s smart turn and finish helped book United their place in the semi-final draw.

Here’s a look at Fergie after the clash at Old Trafford. 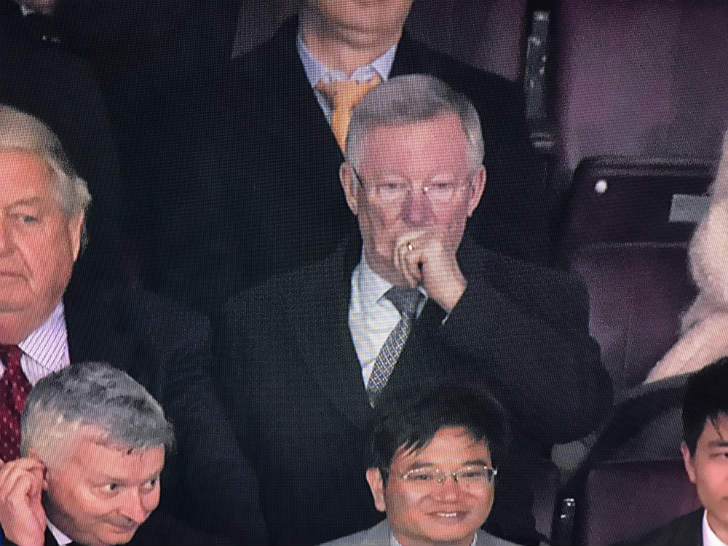 Man United failed to remain clinical in front of goal and whilst we are through, it was almost painful to watch chance on chance continuously wasted.

It looked like it was going to be another one of those games for Mourinho’s men and thankfully Rashford was on sight to help secure a place in the last eight.