Jesse Lingard has provided Manchester United supporters with an injury update following their side’s 2-1 win over Anderlecht in the Europa League.

The Englishman, initially deployed on the right hand side, was brought off for Marouane Fellaini after 60 minutes against Rene Weiler’s men.

Lingard took to snapchat after the game to reveal a pretty impressive gash on his leg, whilst also tacitly noting he was indeed running on empty following his recent exertions. 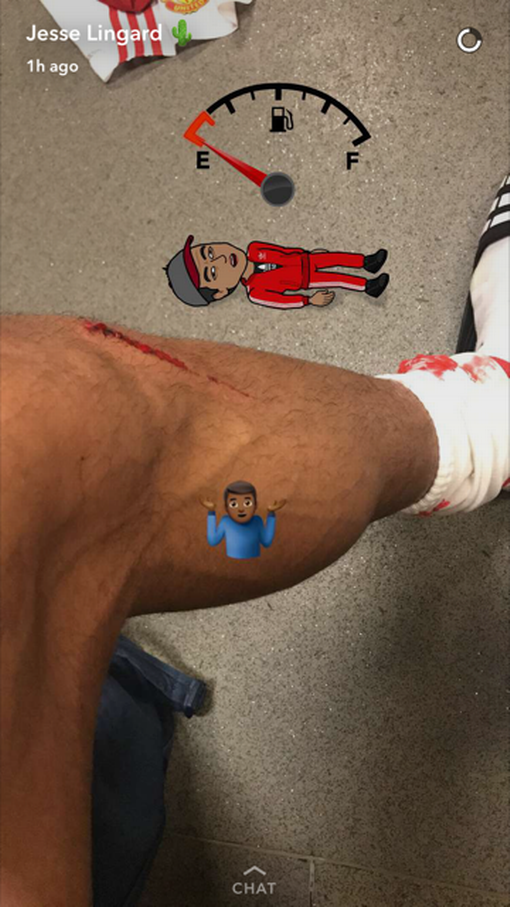 You can really tell that United, perhaps more than any other top six side at the moment, are enduring a serious battle with the elements as the season’s climax approaches. Every player is stretching every sinew under Mourinho this season, furiously battling for a place in the Champions League on two fronts.

Thankfully Lingard’s knock doesn’t look too serious, but one can imagine he requires a rest after starting in every game since the international break. Man United fans will be more concerned with how quick it will take Marcos Rojo and Zlatan Ibrahimovic – both recipients of knee injuries against Anderlecht – to resume full fitness over the next few weeks.