Manchester United can break into the top four for the first time since September in perhaps the most dramatic way possible on Thursday: by beating Manchester City on their on turf.

Man City claimed a deserved victory at Old Trafford back in September but it was Marcus Rashford who decided things during the last contest at the Ethiad.

With that in mind, here is a potential XI for the game on Thursday including both Rashford and Henrikh Mkhitaryan. 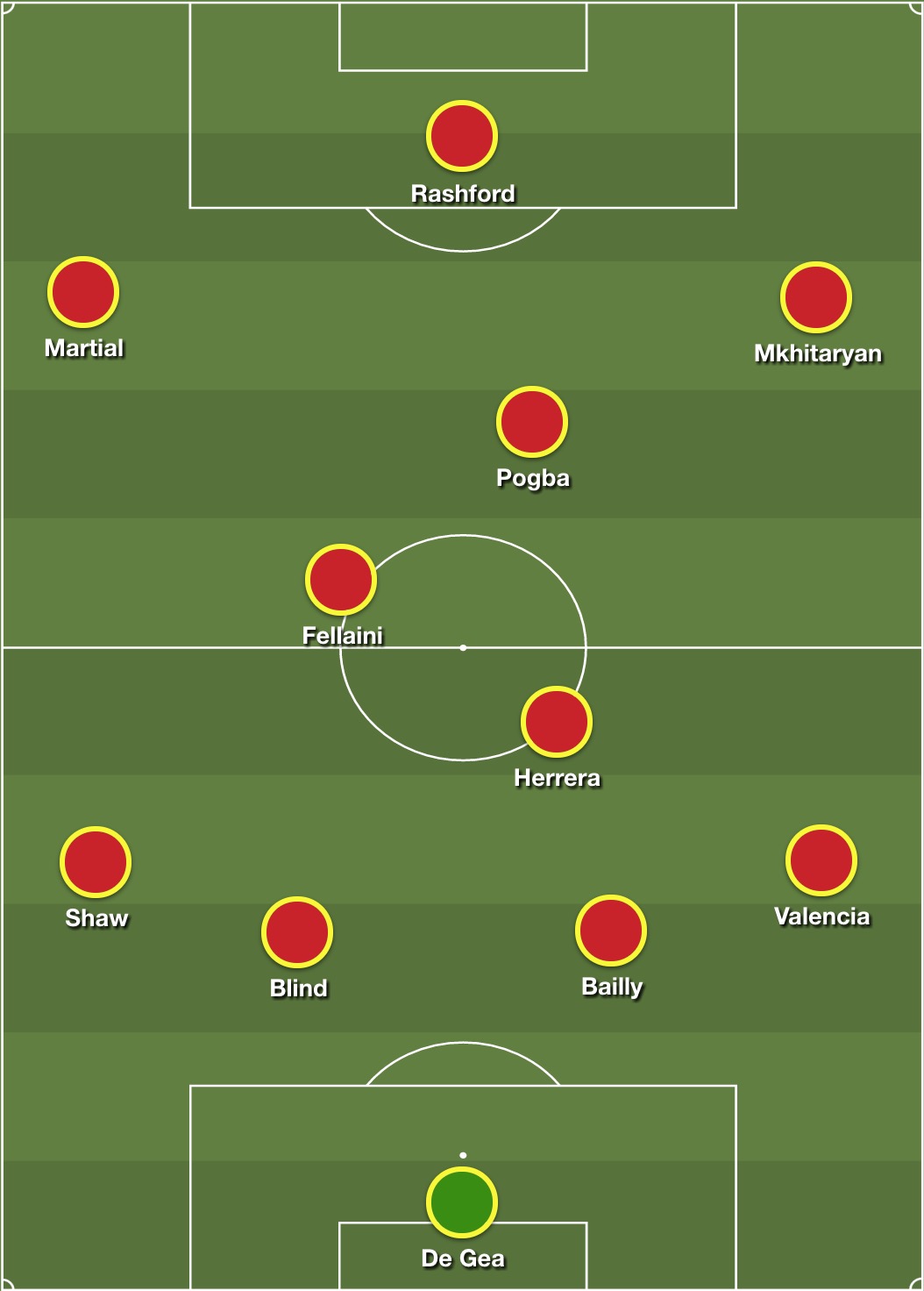 It is worth analysing – if only for a second – the nature of Martin Demichelis’ career ever since being torn to shreds by Rashford: released three months later, bought by Espanyol, released after just two games, and now festering on the bench at Malaga, probably still shaken by the events of that day.

City fans wouldn’t have forgotten about Rashford either, and there couldn’t be a better time to throw the teenager into the fray. He is, after all, rested following the Burnley game and blooming with confidence following rip-roaring displays against Chelsea and Anderlecht. A tantalising battle between Rashford and Vincent Kompany could be on the cards.

But Guardiola will point towards somebody else when it comes to identifying United’s main attacking threat: Mkhitaryan. Demichelis wouldn’t have forgotten about Rashford and the Spaniard, following his time in the Bundesliga, will feel the same way about Jose Mourinho‘s diminutive playmaker. The Armenian starred in a 3-0 win at the Allianz Arena back in 2014, opening the scoring and tearing Guardiola’s men apart all across the pitch on a day that magnified the cracks prevalent in the 46-year-old’s apparently untouchable system.

Supporters will be desperate to see Mkhitaryan do the same on Thursday night.