Jose Mourinho could deliver a monumental sucker-punch to arch-rival Pep Guardiola by leapfrogging Manchester City into top spot with a win at the Ethiad on Thursday night.

Manchester United’s 2-0 win over Burnley on Sunday, coupled with Man City’s FA Cup semi-final defeat, has left Guardiola in an awkward position: lose on Thursday and his side – now consigned to a season without silverware – will drop to fifth with five games to go.

Jamie Redknapp has noted that City’s back four will be petrified of Marcus Rashford following the teenager’s recent exploits; Gary Neville, speaking after the win at Turf Moor, noted that Man United looked far more threatening with Anthony Martial at the masthead of attack.

With that in mind, here is a potential XI for the clash with Guardiola’s men with the aforementioned pair leading the line. 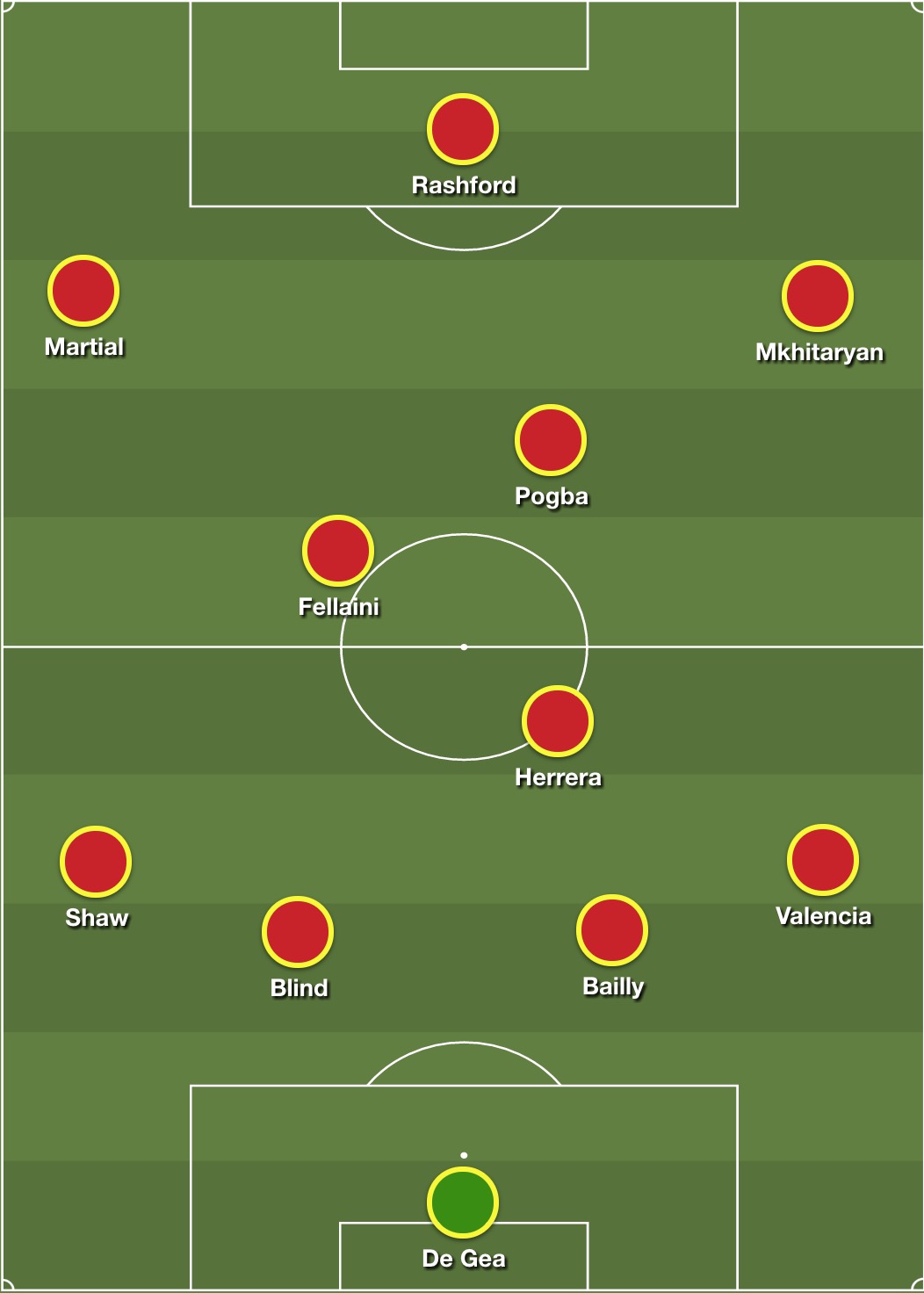 The image of Rashford, less than a month into his senior United career, aged 18, tearing through City’s back four will not have disappeared from the minds of either fanbase. He was simply effervescent, combining beautifully with Martial as United – for once under Louis van Gaal – overwhelmed their opponent with nothing more than raw speed and aggression.

Martial’s display against Burnley, alongside Rashford’s recent exploits against Chelsea and Anderlecht, serve as important indicators of how Mourinho ought to line up against an under-pressure Guardiola.