Jose Mourinho will face his biggest selection headache yet at Manchester United for Sunday’s game against Swansea City in the Premier League.

With Paul Pogba, Timothy Fosu-Mensah and Marouane Fellaini – set to miss three games after head-butting Sergio Aguero in the Manchester derby – all unavailable, Mourinho has just two recognised midfielders (Ander Herrera and Michael Carrick, who both featured for 90 minutes at the Ethiad) at his disposal.

The continued absence of Chris Smalling and Phil Jones will also mean that Daley Blind and Eric Bailly must feature once more.

With that in mind, here is a potential XI for the game against Paul Clement’s side. 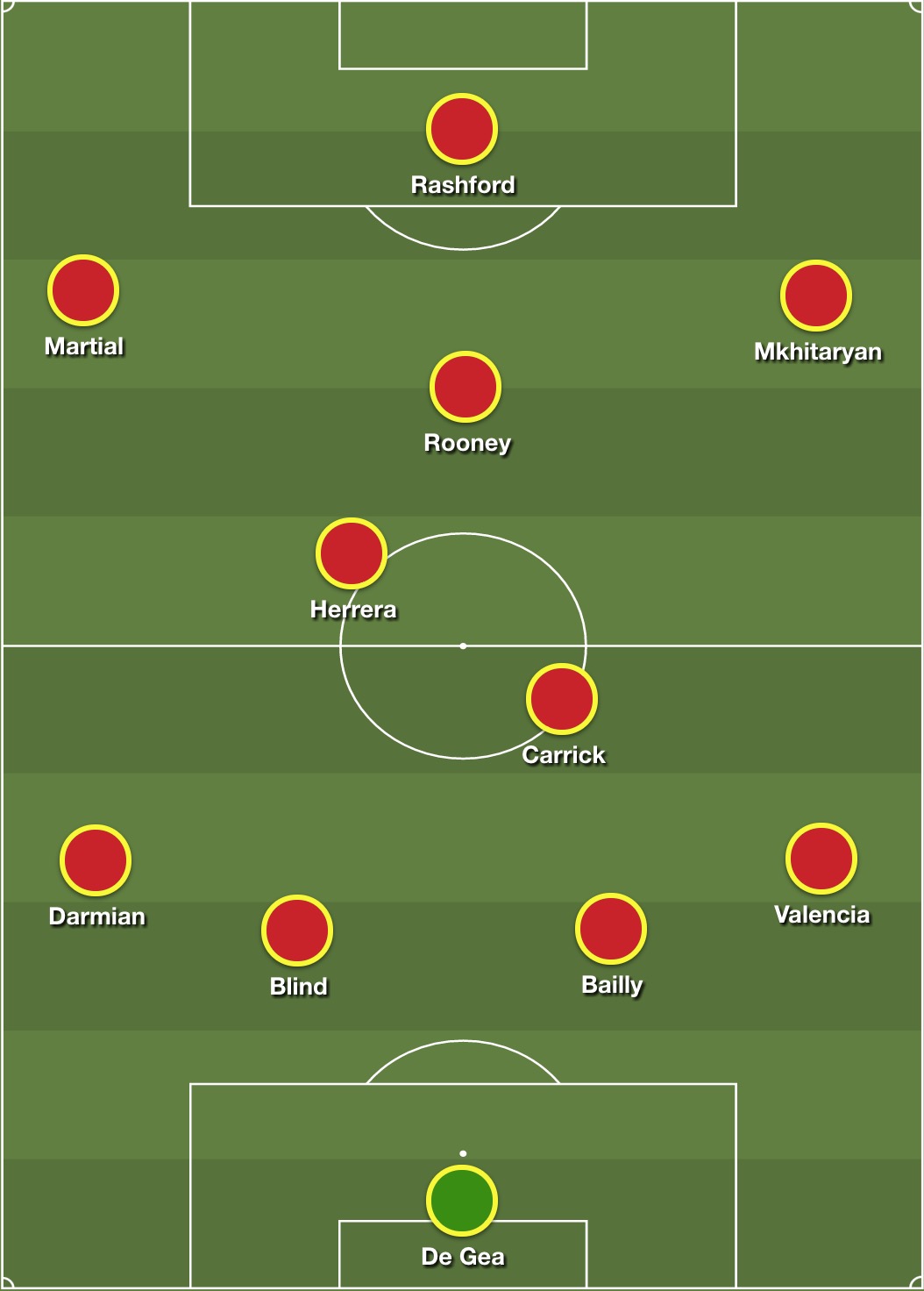 Mourinho made it clear back in the summer that he didn’t view Wayne Rooney as a midfielder and had no intentions of using him in that role, but his hands are somewhat tied ahead of Sunday’s clash with the Swans.

The Louis van Gaal era feels like an eon ago, but it is worth noting that the 31-year-old featured quite regularly as a midfielder under the Dutchman’s tutelage before occupying a similar role under Roy Hodgson at Euro 2016.

Far from ideal, I know, but supporters will hope that the Englishman can restore some of the midfield impetus that was sorely missing during Thursday’s 0-0 draw with Manchester City.