Timothy Fosu-Mensah has shown off the extent of the injury he suffered during Manchester United’s 0-0 draw with Man City on Thursday night.

He came on in the 86th minute for Henrikh Mkhitaryan and helped Jose Mourinho‘s side hold out for a valuable point at The Etihad after Marouane Fellaini had been sent off for headbutting Sergio Aguero.

The Dutchman ended his 10th appearance of the season with a shoulder injury, and Mourinho has confirmed it doesn’t look great as he could be out for a long time.

He was accompanied by club doctor Steve McNally as he posted an Instagram Story from the treatment table. 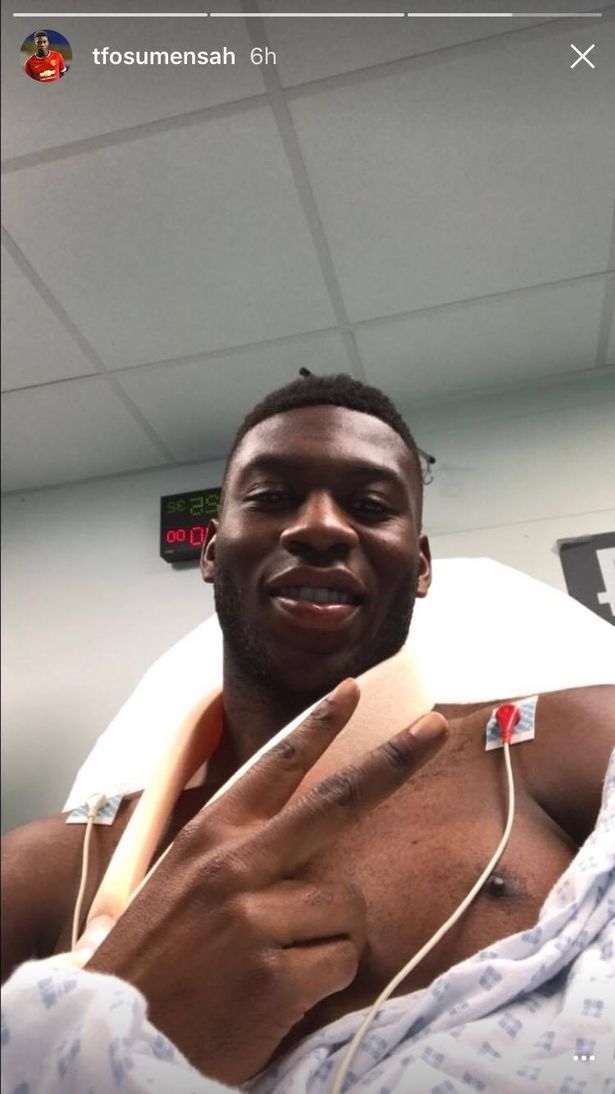 Mourinho will be without Fosu-Mensah, Marouane Fellaini, Paul Pogba, Zlatan Ibrahimovic, Marcos Rojo, Juan Mata, Chris Smalling and Phil Jones for the clash against Swansea City and it’ll be a massive task for the squad during their busy schedule of fixtures.

The players have just played 90 minutes against Man City and with the Swansea game at Old Trafford on Sunday 30 April, the Portuguese boss won’t have the luxury of rotating some key players who need a rest.