Jose Mourinho could be without seven first-team players for Manchester United’s trip to Celta Vigo on Thursday as our injury list is continuing to grow in size.

Luke Shaw and Eric Bailly are major doubts for Thursday’s game after being taken off injured in the 1-1 draw with Swansea at the weekend. Both injuries mounted further problems on a Man United squad which was already struggling with injuries.

Zlatan Ibrahimovic and Marcos Rojo are out for the rest of the year while Paul Pogba, Chris Smalling and Phil Jones are all still injury concerns for Mourinho. There is light at the end of the tunnel for Juan Mata who was on the bench against Swansea but Timothy Fosu-Mensah is expected to be out for some time with a suspected dislocated shoulder.

All in all, United’s thin squad is so depleted right now that Mourinho doesn’t have much ability to rotate and improve his option which doesn’t bode well given we have to play four games in ten days starting this Thursday in Spain. 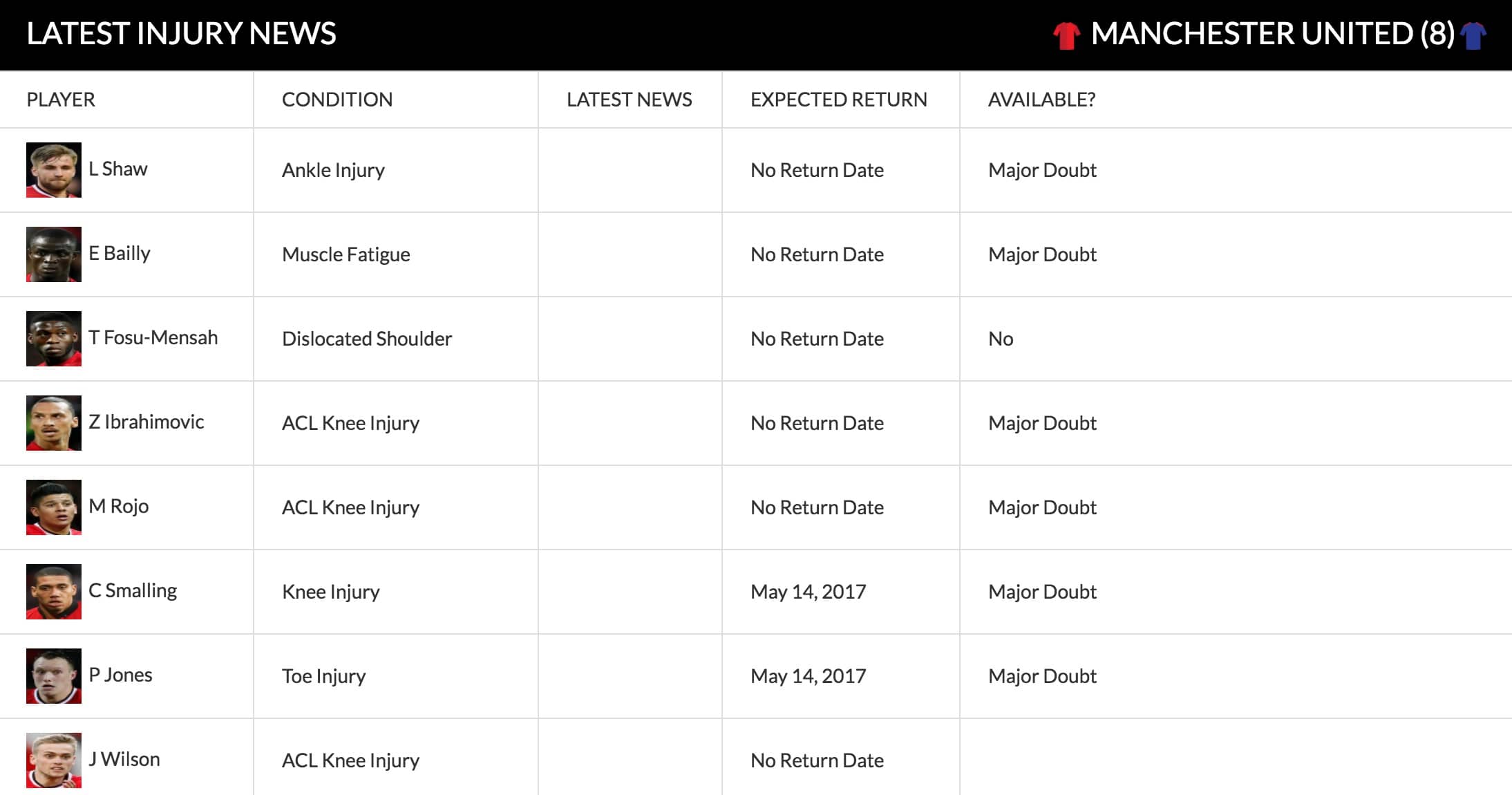