Manchester United will travel to Galicia for the first leg of their Europa League semi-final clash with Celta Vigo inundated by an overwhelming injury crisis.

Zlatan Ibrahimovic, Marcos Rojo, Chris Smalling, Phil Jones, Eric Bailly, Luke Shaw and Timothy Fosu-Mensah will all miss out on what promises to be defining game in the context of Man United’s hopes of reaching next season’s Champions League.

Paul Pogba and Marouane Fellaini will return to the starting XI after missing the 1-1 draw with Swansea City on Sunday but Mourinho, after losing Bailly to an ankle injury, will have to place his faith in the youthful, only once previously capped Axel Tuanzebe on Thursday.

With that in mind, here is a potential XI that could face the Spanish side for the first leg. 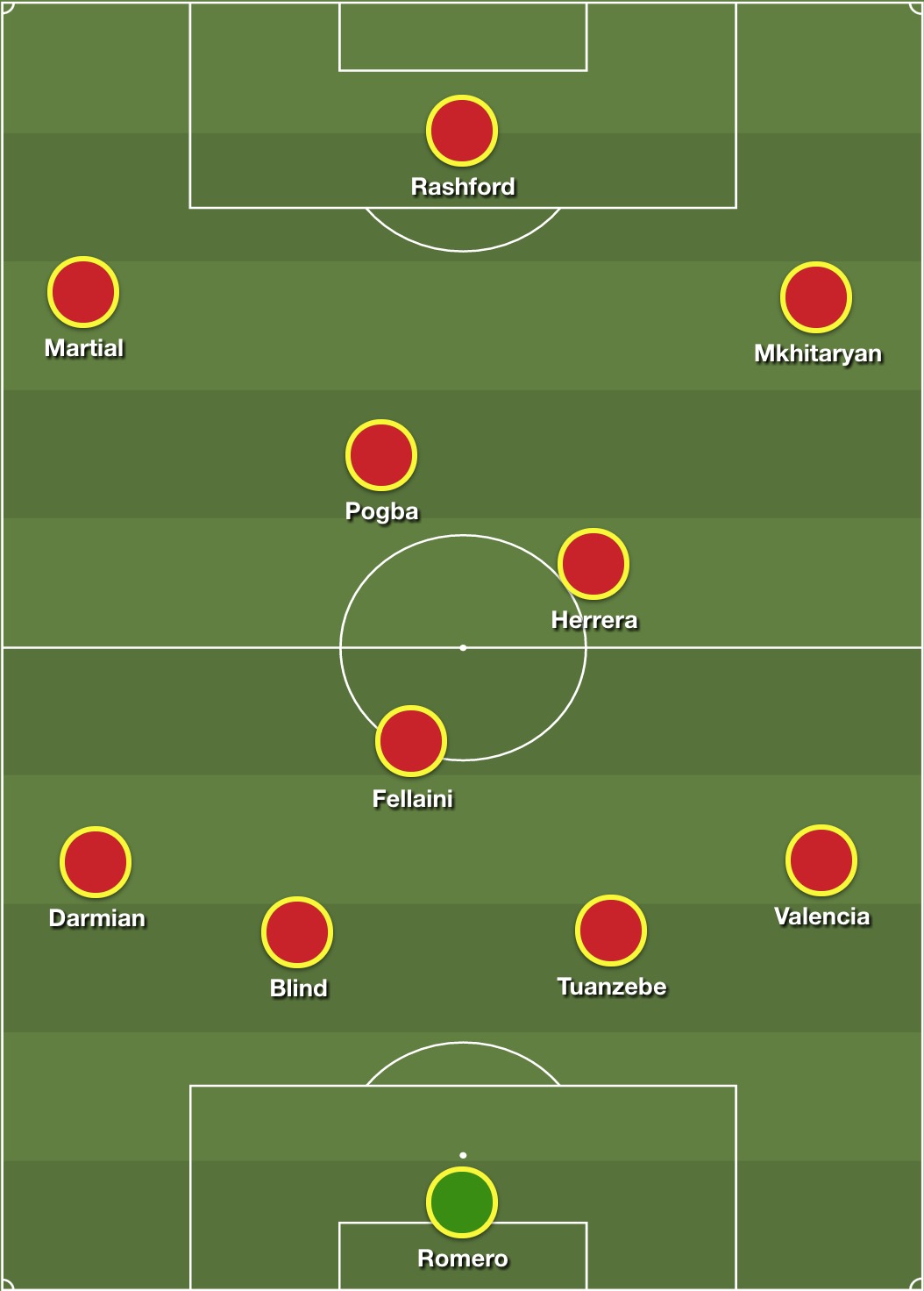 The reintroduction of Pogba could be crucial when it comes to bending the tempo in Man United’s favour on Thursday. Celta, often compared to the Athletic Bilbao side that dismantled Sir Alex Ferguson‘s men back in 2012, will go for United’s jugular in midfield: they rested five or six key players over the weekend and have built their continental success this season on their raw, hard-to-match collective energy.

United desperately missed the fluidity and impetus brought to the midfield by Pogba during draws with Manchester City and Swansea and will hope his presence invokes some much needed power against a Celta side that, in spite of their place in the La Liga table, cannot be underestimated.