Zlatan Ibrahimovic has been pictured in crutches and a heavy brace following his knee operation last month.

The Swede, who had claimed 28 goals in all competitions prior to Manchester United’s clash with Anderlecht last month, damaged his knee ligaments during the closing stages against the Belgian side.

He was flown out to the United States last week and successfully completed surgery ahead of what promises to be a long recovery process.

The 35-year-old was pictured with crutches and plenty of strapping for his knee earlier today. 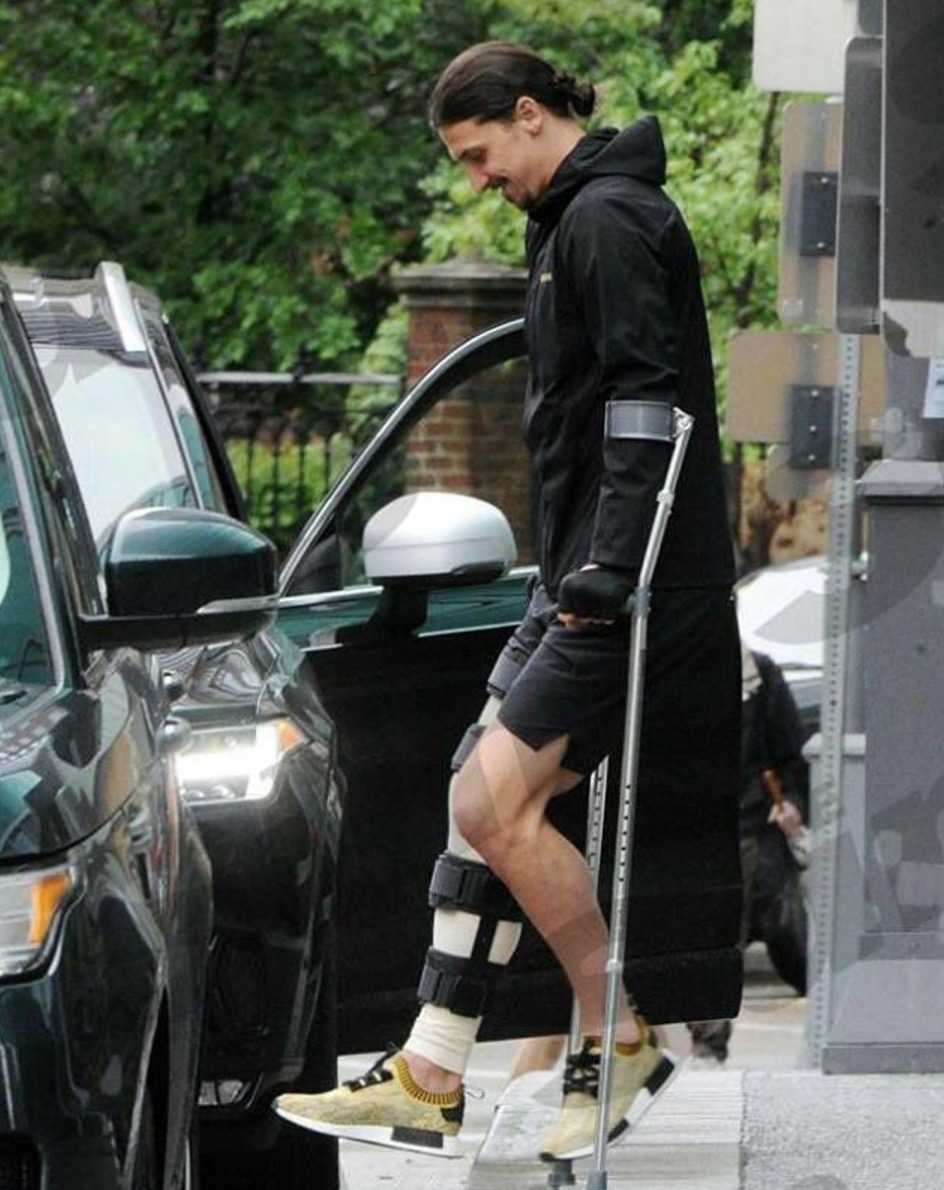 Mino Raiola recently joked that Zlatan’s knee possesses such preternatural strength that doctors in charge of the Swede’s operation would want to keep him around for medical research. The surgeon probably had to get through at least four chainsaws before finally making the necessary incisions. I bet Zlatan was awake the whole time, no anaesthetic, barking at the man to step up his work rate.

But the ugly truth is that, whoever you are, being unable to do the only thing you love – especially at a time where Jose Mourinho needs leaders – is painful. Zlatan has showcased his regal mental fortitude throughout his career, demolishing any obstacle coming his way, but the next few months could serve as the biggest one yet.