Manchester United will take to the field against Celta Vigo on Thursday night knowing that they are just 90 minutes away from their first European final in six years.

Marcus Rashford‘s goal in Spain handed Jose Mourinho‘s men a crucial away goal and a deserved first leg 1-0 win, placing them firmly in the driving seat ahead of the clash at Old Trafford.

Mourinho rested eight players that featured in the first leg during Sunday’s 2-0 defeat to Arsenal and will, as a result, be able to call upon a full-strength side.

With that in mind, here is a potential XI for the clash with Eduardo Berizzo’s men on Thursday. 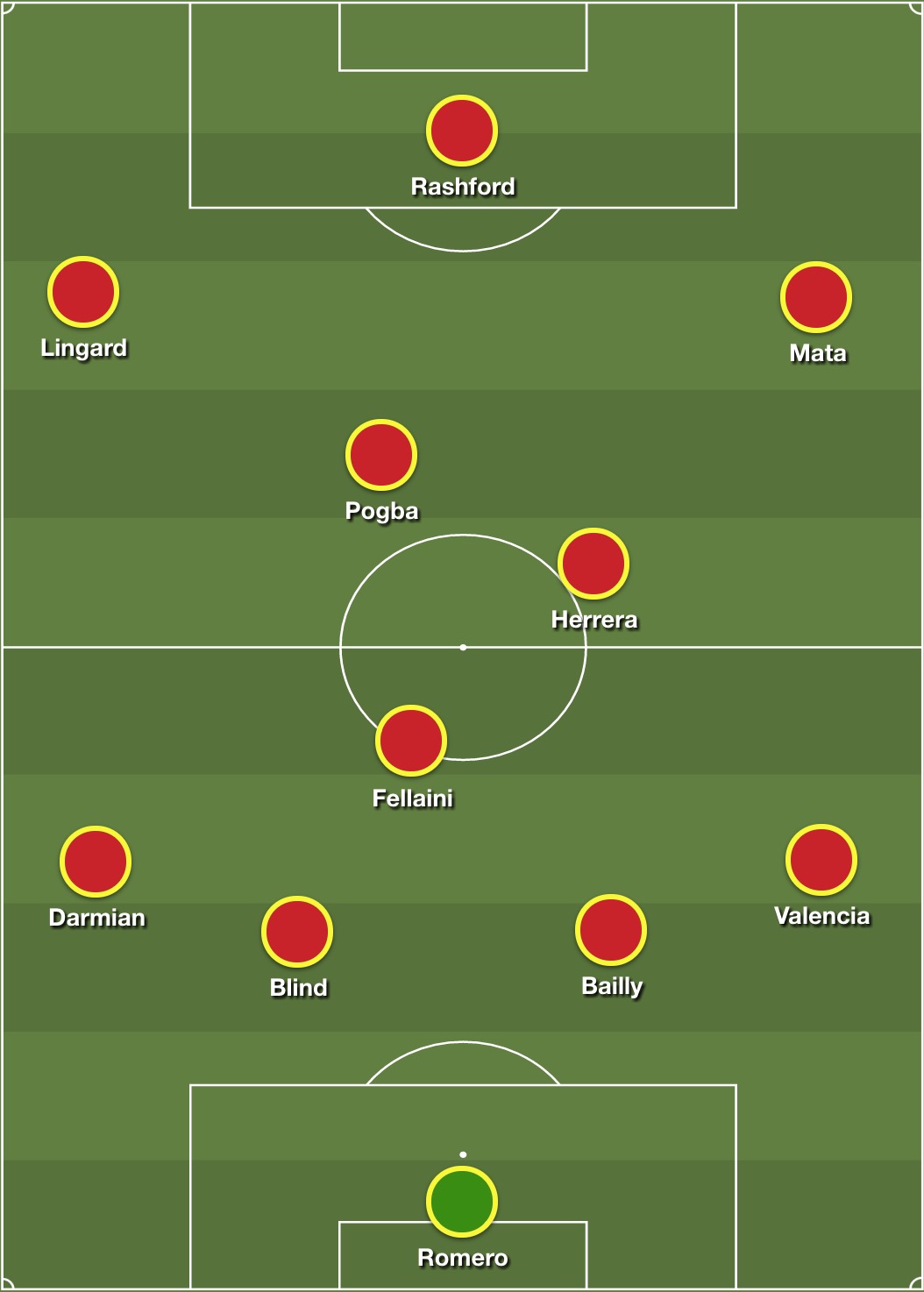 Paul Pogba‘s absence from the starting XI was once again gloomily apparent against Arsenal; United’s midfield lacked energy, innovation and fluidity throughout, demonstrating further the Frenchman’s importance to this side.

He was simply too much for Celta last week, comfortably spinning midfielders and bombing forward as blue shirts haplessly bounced off him. Berizzo always likes his players to go man-to-man but nobody could match the 24-year-old sheer athleticism.

Their tormentor in chief, however, was Marcus Rashford: the 19-year-old kept Celta’s back four on their toes all evening and eventually got the better of keeper Sergio Alvarez in the 67th minute. Even during what was a languid display against Arsenal he came on and injected some potency and direction to United’s attacking movements. Mourinho will be counting on him to deliver once again on Thursday.