Manchester United vs Celta Vigo: Potential XI with Juan Mata at No.10

Manchester United will head into Thursday’s clash with Celta Vigo knowing that a clean sheet would be enough to see them through to the Europa League final.

But Jose Mourinho‘s men, heavily criticised following defeat to Arsenal for their lack of potency going forward, will be determined to send out a statement to the watching world by applying further pressure on the Spanish side.

They created numerous chances in Spain, with Jesse Lingard, Henrikh Mkhitaryan and Marcus Rashford all going close before the latter broke the deadlock after 67 minutes with a sensational free kick, and will feel confident about replicating such domination at Old Trafford.

With that in mind, here is a potential XI for the clash with Celta. 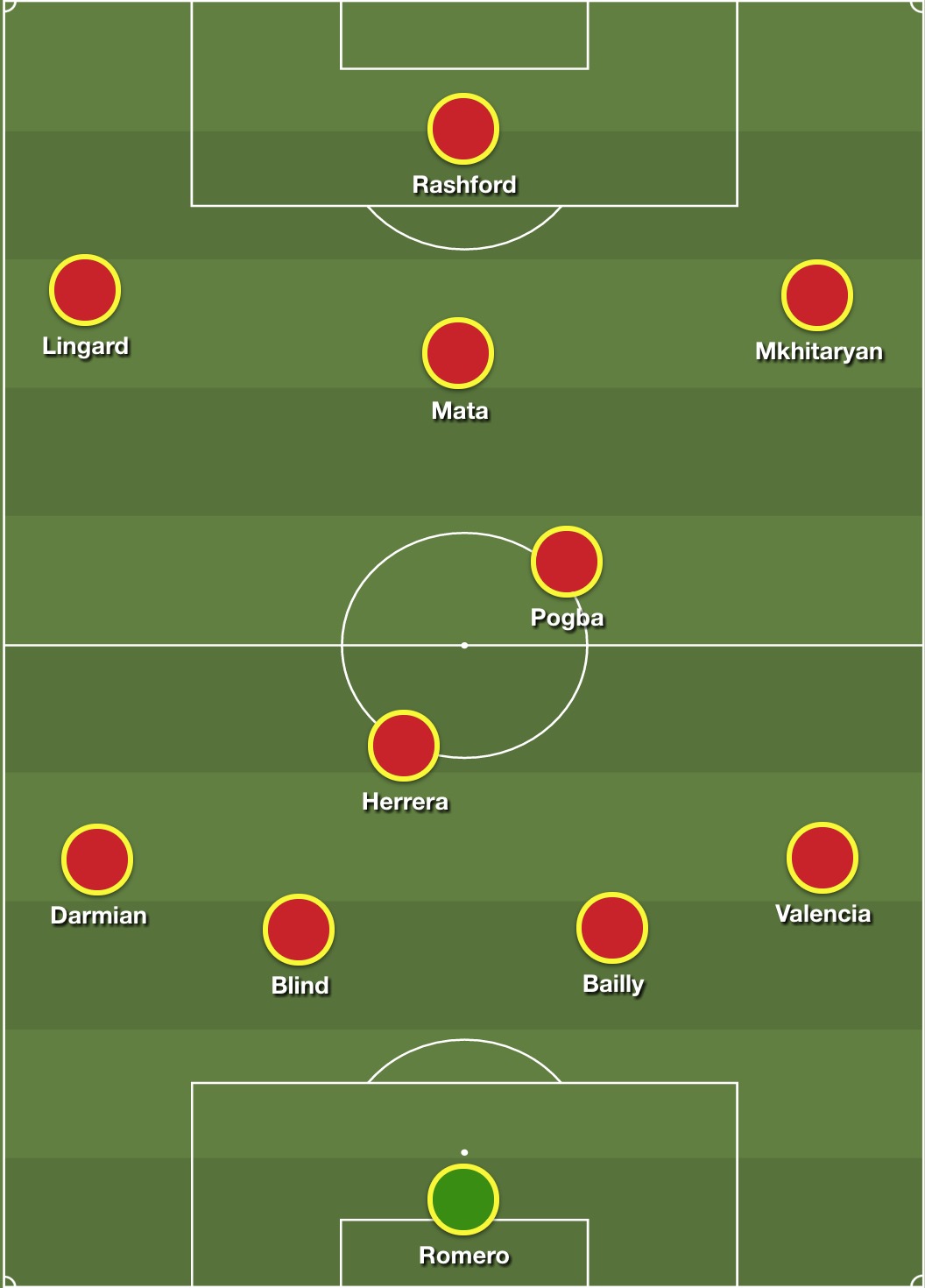 Ander Herrera, whose father actually played for Celta, cautioned teammates ahead of last Thursday’s 1-0 that the Spanish side presses extremely hard, bombing around the pitch as a collective in an attempt to stifle opponents. How United fared, therefore, was always going to hinge on whether or not they could bypass Celta’s pressing game, and they ended up doing so with relative ease.

Mourinho, therefore, may feel inclined to incorporate Juan Mata‘s adroitness at No.10 in order to take the game even further away from the Spaniards. He will he fully aware of what to expect as both a former La Liga player himself and somebody with experience at this stage of European competition.

Supporters will also hope that, in the wake of another underwhelming Henrikh Mkhitaryan performance, Mata’s presence at No.10 gives the Armenian greater leverage to inflict damage going forward.