Jose Mourinho: How he has changed at Manchester United and mellowed his style

One of the many traits of Jose Mourinho’s enigmatic personality thrives on is that the Manchester United boss is a kind of character who you can hate and love at the same time.

He has certainly polarised opinions, antagonising millions during his journey to the very pinnacle of football management, always embroiling the opposite numbers in mind games that they struggle to deal with. The Portuguese manager’s unerring ability to take the sting out of games that he can’t afford to lose and prefer the pragmatic path over the aesthetic one is well known to many fans, especially to those who loathe him.

And it would be worth arguing whether Mourinho has assumed the form of being a changed man, as his first full season at Man United draws to a close. It certainly hasn’t been the best in the league but United could win two trophies and in Mourinho’s debut season, that would be a resounding success even with the failures in the league.

And as Daley Blind casted an expectant eye at Mourinho who shook hands with his old foe Arsene Wenger, out of either generosity or an offer for a last hurrah, it was clear that the man isn’t quite the same as he was. Blind trudged off towards the Emirates tunnel, maybe surprised at the sight of no significant sight at all. The Dutchman did expect more but it was a mere acceptance of defeat. And one way or another, the man who is currently at a ‘dream-job’ of his, is being made to bear fruits of taking it up last summer.

His stints at clubs like Porto, Inter Milan, Chelsea and Real Madrid prove that his methods have yielded more success in the European continent more than any other manager. You can hate him, you can love him, but you will struggle harder than you ever have to beat a side managed by him.

It was an abnormally strange sight to see a man like him sit in peace and let the opposite number do so too. Be it Pep Guardiola at Barcelona or Wenger at Arsenal, Mourinho would always come up with ways to embroil them in mental battles that they would struggle to deal with. But as he trotted off from the sidelines on Sunday, it seemed as if he didn’t have a single complaint with the 2-0 loss to a familiar adversary’s side and that’s supremely strange for a man like him, a man who loves to kick up a controversy or two, when things haven’t gone his way.

Even if it was a modest effort to hand a man who has stayed long enough at Arsenal to become a villain, it isn’t the Mourinho that we have known for so many years now. He hates losing and handing someone like Wenger a fairly comfortable 2-0 win would have been something he would have despised more than anything else. Mourinho has always been the one to spark a war of words between the two, but this time around it felt as if he would be satisfied with a defeat as well. The fire that would light up his eyes whenever a game against Wenger came calling was sorely missing.

He spoke of shuffling around with his side with a vital Europa League semi-final against Celta Vigo coming up in mid-week and he did that by resting Eric Bailly, Paul Pogba and Marcus Rashford for the game against Arsenal – a game against a man he hates. A man he has never lost to ever once in his glittering managerial career.

A win could have reignited United’s hopes of finishing inside the top four, apart from the fact that winning Europa League would have done that. It wouldn’t have been too significant a situation if this was not Mourinho but it was probably the first time that Mourinho hasn’t indulged himself in a dog-fight. He previously would have done anything to act as a party spoiler but he preferred taking a new route to pragmatism.

On the flip side, making their presence felt in the dog-fight for the top four may well have knocked the stuffing out a team that is desperate for Champions League qualification. A lot of Mourinho’s players have been struggling with fatigue, making it abundantly obvious the season and the number of games they have played has taken a toll on them. And playing away games against Arsenal and Tottenham with full intensity and a full squad would not have guarantee United a place inside the top four. It isn’t an admission on Mourinho’s part about the fact that this squad isn’t good enough to finish inside the top four but it’s the best way that United can play Champions League football next season. Winning two Europa League games and giving their all in them makes more sense, at this point of the season, than giving their all in four matches when it doesn’t completely guarantee a top four spot. 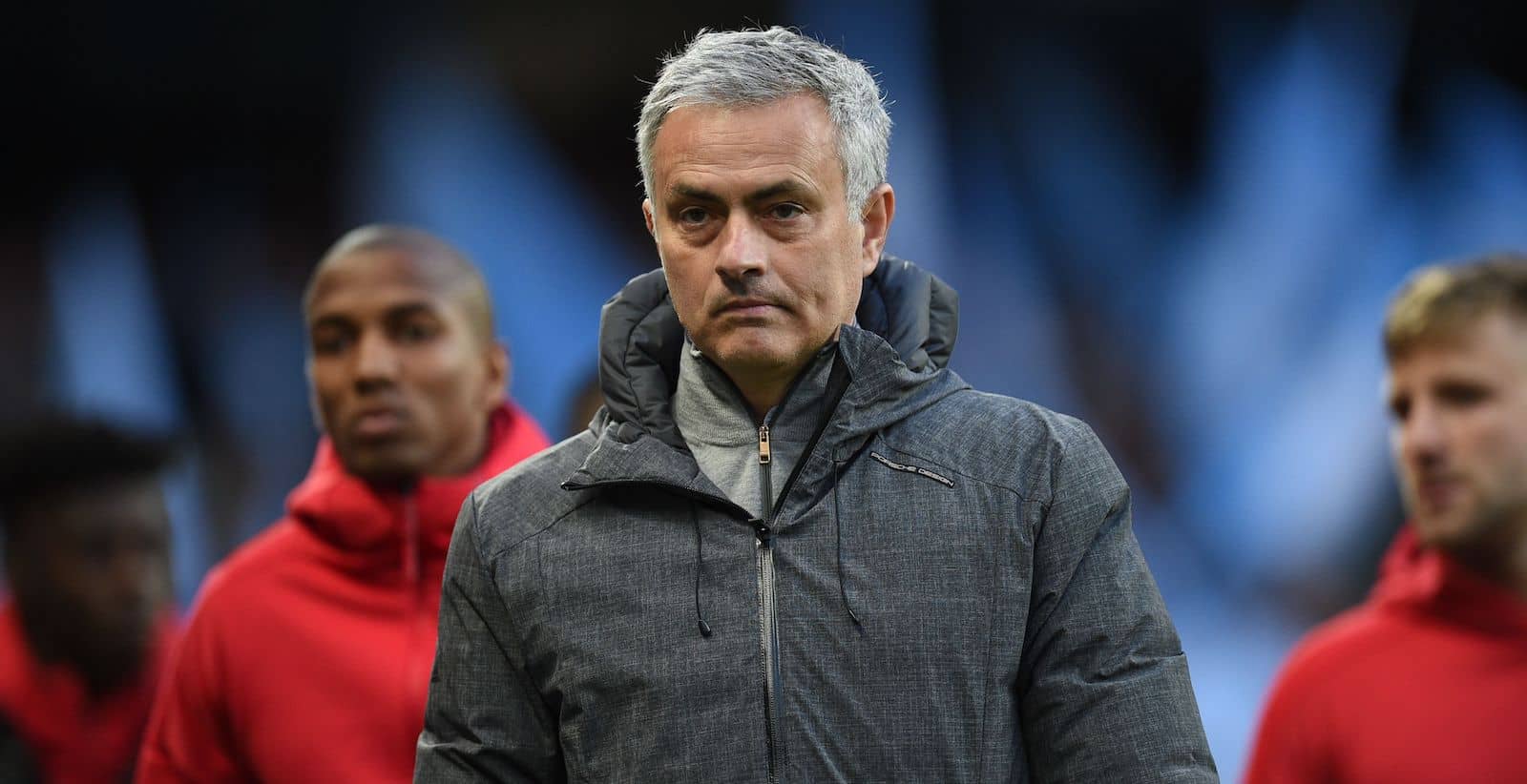 And the beauty of Mourinho’s newly found pragmatic style is that despite losing 2-0 at the Emirates, the Red Devils still have a better chance of playing Champions League football next season than Arsenal. Years ago, or as recent as a season ago at Chelsea, he would have given priority to both competitions because he can’t stand losing.

He would sent out a fully-loaded force even in a such a situation and would have demanded a lot from his players to make sure that they achieve their goals. In the 2013-14 campaign, the then Chelsea boss was forced into dealing with a similar situation. The Blues had a Champions League semi-final second-leg to play against Atletico Madrid, apart from the league clash at Anfield. A lot was being said about how the others have overtaken the Portuguese but he acted as a spanner in Liverpool’s works, derailing them in their march towards the title. And despite working with a side as big as he has now, he set out a team that didn’t give the impression of the fact that he was resting players. Equal attention was given to both competitions and it’d be enough to show that the man hates to go down without a fight, or by handing the opposition an easy outing.

He still hates losing but has become meticulous in that approach. He knows where to, when to and when not to. He won’t go all out for everything, he will now choose where winning would matter more. If he does make this a habit though, he may not be the same again, if he already isn’t. Before this reign, Mourinho was known to be be a man who would defend his players till death. This season, quite the opposite has happened. Players like Henrikh Mkhitaryan, Luke Shaw and Anthony Martial have faced open criticism and demands from the boss to start working harder.

While, the only time that Mourinho publicly assaulted a player’s performance was back in 2012 when Sami Khedira had faced the then Real Madrid boss’ wrath after the Los Blancos had lost to Sevilla a weekend prior. Diego Torres mentions in his controversial book ‘The Dark side of Jose Mourinho’, that Khedira was made to learn about what he was supposed talk to the media about; when asked he would be questioned about the criticism that the German had received from his boss – he ended up defending Mourinho’s decision to launch a scathing attack on him, accepting that he and the side have been poor.

One thing that Mourinho demands out of his players is that they must die for him. They must give their all for him and he’ll defend them till death. Whatever happened in the dressing room stayed there, such that the media don’t get a sniff of anything. Due to this though, the media began coming up with varying, conflicting possibilities about what’s happening in there, despite leaving the people involved in whatever’s going on isolated.

This element of trust he had in his players eroded last season at Chelsea when whatever was happening inside the dressing room didn’t stay there. Someone was apparently leaking stuff to the media, sending out information that wasn’t supposed to go out. He never openly talked about the issue in the media but when he ended up taking a team-meeting on the Stamford Bridge itself, rather than taking one in the dressing room, it became clear that he had lost trust in the players that had won the Premier League in 2015. The media came up with all sorts of theories, portraying Mourinho as evil.

And it seems as if life has forced the man into learning lessons the hard way. His experiences and the pressures of making the grade at a top club have made made him a man who has changed his habits. He may still park the bus, he may still come up with an odd controversy, but he won’t do a lot of things that he loved to do before having joined United.

“Trophies make history. Not league positions. We go with everything to get into that final.” he said after the defeat to Arsenal. And this in itself speaks for a man who made sure that his side worked hard in both aspects but the demands of the job that he currently is in is making him do things that he has hardly done before.

When he said that, he did well in appeasing many United fans. It sounded ambitious and suited for a club that has a history for racking up trophies but frail enough for a man who would have never done or said that at Chelsea, Real Madrid, Inter Milan or Porto.

It isn’t as if he has found the newly discovered desire to get among the good books of fans but it remains to be figured out whether he still continues to be loved and hated at the same time by many. Mourinho methods of achieving his goal have changed but there still lingers a lot of pragmatism in whatever he pulls off. And when he shook hands with Wenger, United fans hardly knew how to feel about it – love it or hate it.