Manchester United’s official 2017/18 away kit has been unveiled by Adidas.

Inspired by the classic 1992 away kit which was white and blue, this black Man United number also draws on the 1993-1995 away kit which Eric Cantona made iconic with his kung-fu kick on a Crystal Palace fan at Selhurst Park.

What do you think of the kit? Here are some pictures:

Inspired by 92.
Made for the spotlight.
Our 2017/18 @adidasfootball away kit.
Available now: https://t.co/UScEOgUygN#HereToCreate #MUFC pic.twitter.com/pfxdY2Oosa 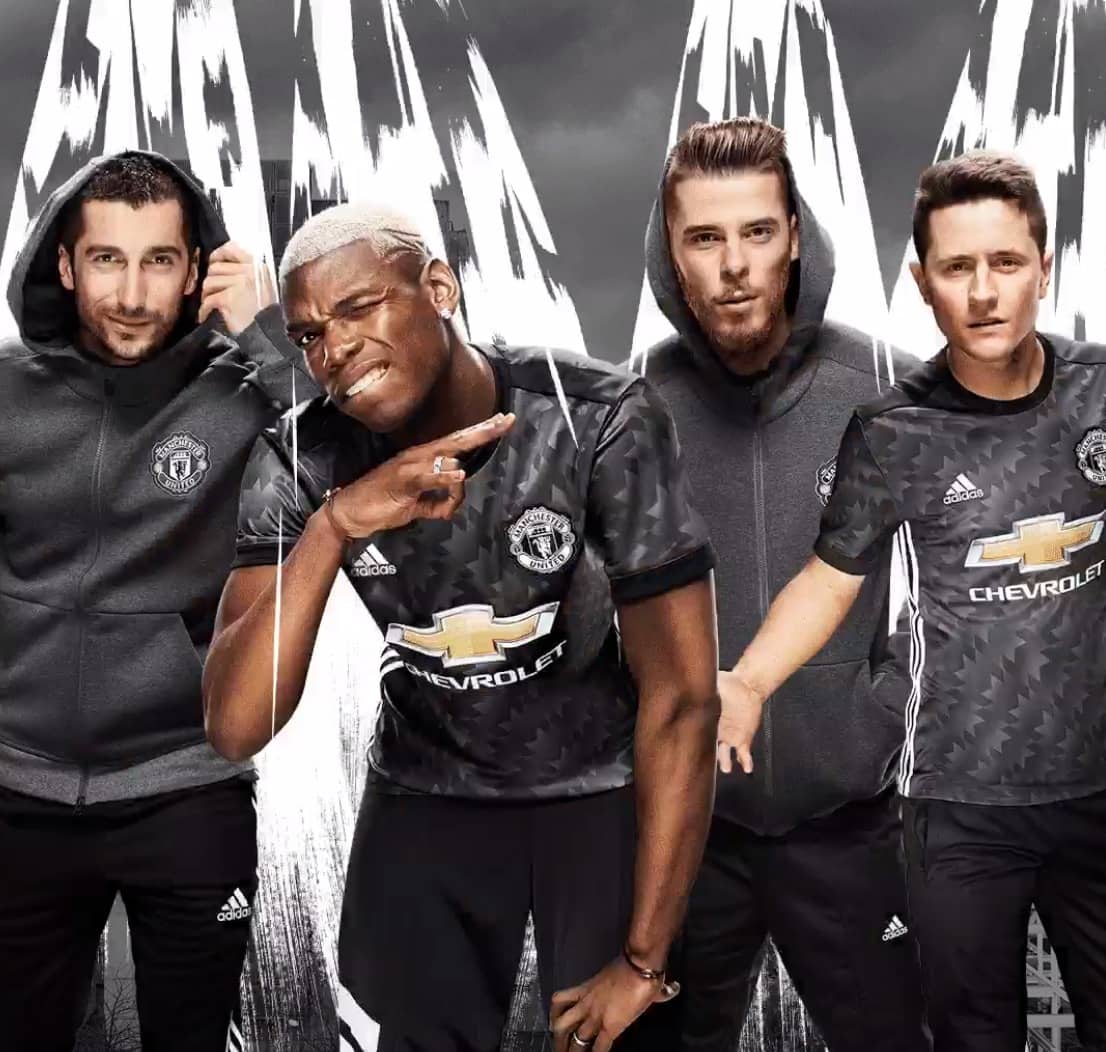 Writing about the new kit, United said: “Manchester United fans of all ages will recognise the bold graphic pattern from the 1990-92 away jersey that defined football shirt design for an era. Connecting the past to the future, the new kit pays homage to the historic design, celebrating the rich history of the club.

“The graphic design of the original kit has been reimagined on a black backdrop with white hues, with the classic adidas three stripes, club badge and adidas logo all in white. A crew-neck collar gives the kit a modern makeover, making it a jersey that’s as much at home on the streets as it is on the pitch.

“The kit features all the technological innovations of adidas’ jersey technology used by the world’s leading clubs, including breathable fabrics and mesh engineering.

“Alongside the replica jersey, there is also an authentic shirt available (as worn by the players), a long-sleeved version and shirts specifically for children and women.”

I tell you what – I like it. What I like most about the release is the complete lack of furore around it with a painful build-up from Adidas – this kit was just launched out of the blue without as much of a peep. Very nicely done Adidas.

As for the kit itself, black away kits are some of my favourite at United so I think this is a class away kit. Let me know what you think about the kit in the comments but it’ll certainly look good on Marcus Rashford when he is bagging his 30th goal of the season away at Liverpool next year, right?