Angel Gomes has been included in Manchester United’s first-team training session ahead of Crystal Palace by Jose Mourinho.

Gomes, who is just 16, was named Man United’s Jimmy Murphy Academy Player of the Year on Thursday night after a fantastic first full season with the U18s in which he scored 12 and got six assists in 19 appearances.

Jose Mourinho has confirmed in his press conference that Gomes will play some part against Crystal Palace which means he could become the youngest ever player since Federico Macheda to make his United debut. That will be extremely exciting. 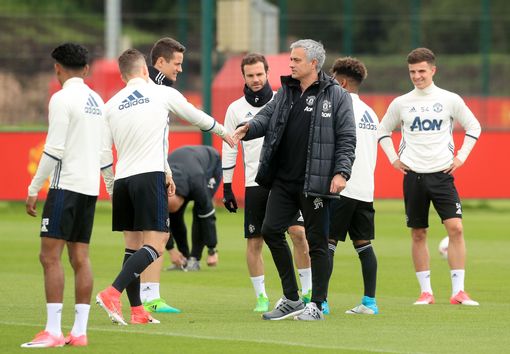 (Gomes second from the right)

After four poor performances in succession there will be a real buzz around Old Trafford on Sunday now because the kids are all getting a run out. In particular, fans should really be excited about Gomes. Having just won the U18s Player of the Year to then make his debut 48 hours later is an absolute dream for him and I am delighted.

So much has been said about Mourinho’s lack of faith in youth but he’s given plenty of debuts this year and in what is effectively an exhibition Premier League game, Mourinho’s decision to rest his squad ahead of the Europa League final and go with the kids is one I am certainly welcoming with open arms.