Home » Manchester United vs Crystal Palace: Potential XI with Angel Gomes at No.10

Manchester United vs Crystal Palace: Potential XI with Angel Gomes at No.10

He also confirmed that Eric Bailly and Paul Pogba, who returns from compassionate leave, would start the clash with Sam Allardyce’s men.

With that in mind, here is a potential XI for the game on Sunday including ‘Youth Team Player of the Year’ Angel Gomes, who won the award on Thursday, featuring at No.10. 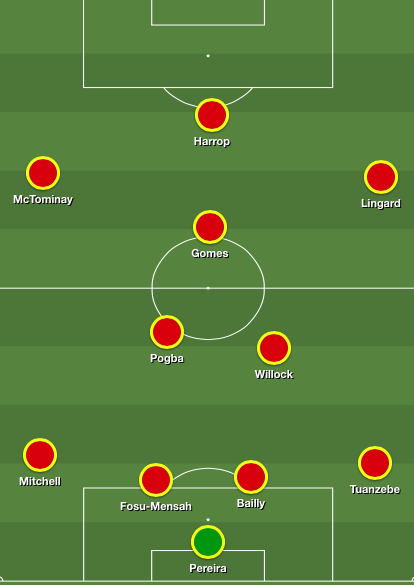 Gomes deserves some serious recognition for becoming the youngest ever player to win this award – something previously claimed by the likes of Ryan Giggs, Phil Neville and Danny Welbeck down the years.

At the age of just 16 he has, over the past nine months, reached a level of menace and skill going forward that other players in his age bracket – and even other academy players much older than him – can only gawp at. Featuring primarily as a No.10, the Englishman has claimed 12 goals in 19 starts this season, and supporters will be eager to see what he can do on the big stage.