Home » Timothy Fosu-Mensah back in training for Manchester United

Timothy Fosu-Mensah back in training for Manchester United

Timothy Fosu-Mensah has been pictured back in training ahead of Manchester United’s last game of the Premier League season against Crystal Palace.

There’s a slim chance of him featuring, however, he has been optimistic about his chances of returning for the Europa League final next week.

Jose Mourinho claimed he is the only injured Man United player who could regain full fitness in time to play against Ajax in Stockholm on Wednesday.

Here’s a look at the Dutchman all smiles in training on Friday afternoon. 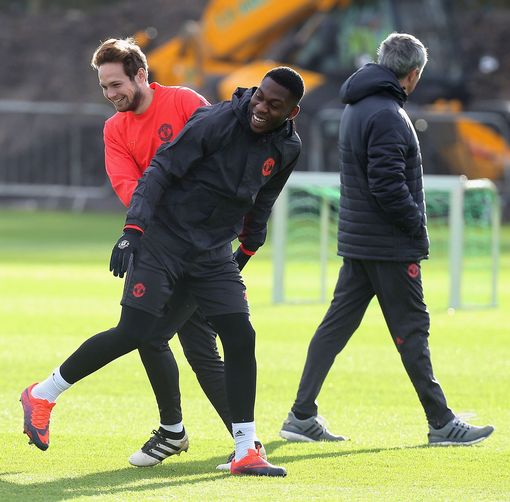 He suffered a shoulder injury in the last seconds of the Manchester derby three weeks ago and has been wearing a sling since, but he seemed fine as he was working hard in training.

The 19-year-old suffered a shoulder injury in the last seconds of the Manchester derby three weeks ago and was pictured with his arm in a sling shortly after the game.

He gave an encouraging interview at United’s Player of the Year awards on Thursday night and hopes are he can continue to work hard on his rehabilitation as it’d be brilliant to see him back in action again.