With the current Manchester United side some way off ideality, there’s nothing more that the media like apart from linking loads of players to Man United. While the season hasn’t ended yet with the Europa League final yet to be played, there has hardly been a shortage of players who have drawn strong links to the Old Trafford based club already.

The latest one to have done so, after the duo of Michael Keane and James Rodriguez, is Roma’s Radja Nainggolan – a man who has been tracked by Chelsea since last summer. And if offered the chance to sign one of the three most heavily linked players, it’s this Belgian that United just have to lay their hands on this summer.

Certainly not a superstar or a player that the world talks about everyday, Nainggolan is one of those no-nonsense players that Jose Mourinho would love to have in his side. Hard-working, creative, hungry and someone who works his socks off for the team. Nainggolan fits the bill of being a ‘Mourinho-type player’. He may be a player who accepts himself to be ‘discotheque footballer’, thanks to his smoking habits and tendency to dance and drink at night-clubs, but Nainggolan thrives on giving his all for the team he plays for. 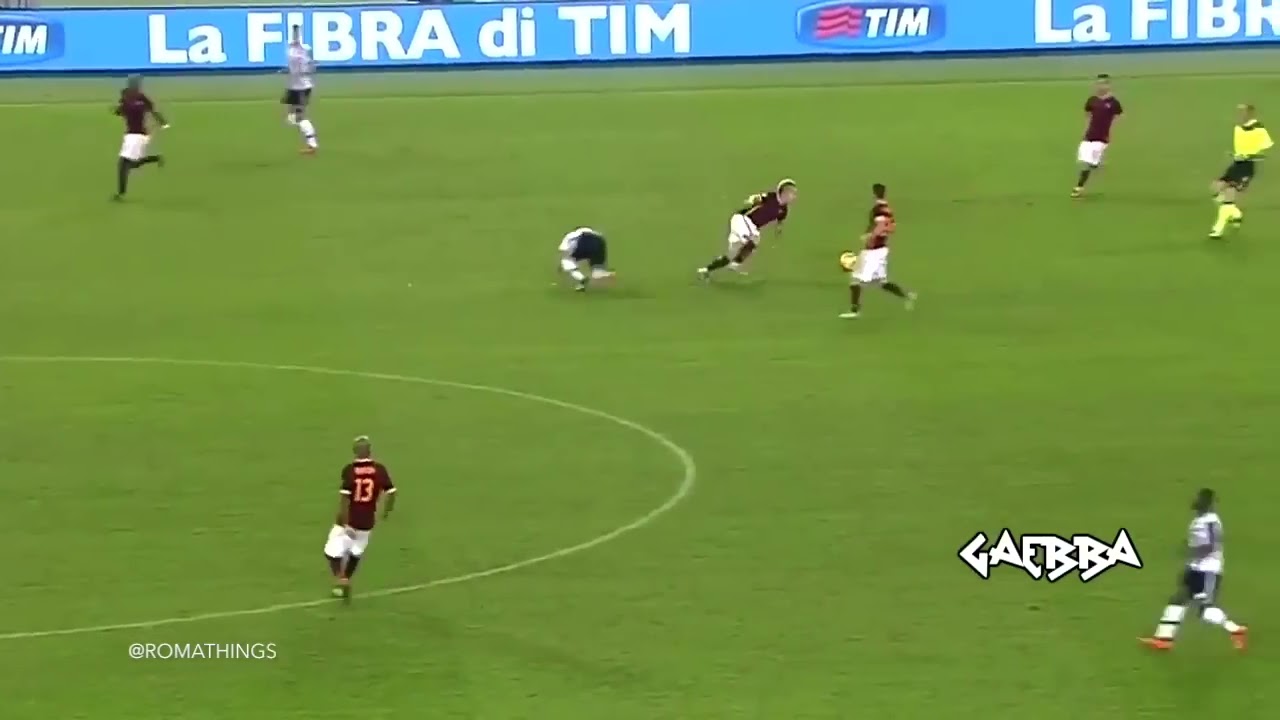 When once asked about whether he’ll replicate Roma’s legendary skipper Francesco Totti, the mohawked Belgian passionately replied: “I don’t give a f*** about being like Totti.” He loves living his own, uncanny way of life and never backs away from influencing games on the pitch, one way or another.

Before having discovered a new aspect of his playing style this season, Nainggolan was utilised as the deep lying midfielder more often at the Giallorossi. When playing alongside veteran Daniele de Rossi, Nainggolan didn’t actually act as the sole deep midfield player but was responsible for dispossessing the opposition and in winning balls back in the heart of the park. He didn’t have too much freedom to operate though, due to the presence of Miralem Pjanic ahead him in a No.10 position.

It can well be dubbed as a coincidence but Paul Pogba’s arrival at United has efficiently changed Nainggolan’s role.

Pjanic was acquired by Juventus last summer in an attempt to replace Pogba which meant that Roma needed someone to play as an attacking midfielder behind the free-scoring Edin Dzeko. And Kevin Strootman, who was fit again after a long-term injury had kept him out for several months, was brought back into the squad by Luciano Spalletti to play alongside De Rossi. This made Nainggolan play up further up the field, helping him unleash his creativity and score goals as well.

“I don’t give a f*** about being like Totti.” Radja Nainggolan on his lifestyle

The former Cagliari man was previously a midfielder who loved driving forward but this has arguably been the first season when his attacking abilities have well and truly come to the fore.

Prior to this season, he won more than 2.0 tackles per game almost every season, be it at Cagliari or Roma. This season, his contributions have been more on the goalscoring front but he still has won 1.9 tackles per game. He knows how to make use of his bulky body frame and has the unerring ability to shrug the opposition players off the ball – a quality that is tailor-made for the Premier League, and a quality that James Rodriguez doesn’t really have.

This season has been a one in which Nainggolan has enjoyed his highest ever goalscoring and assists tally, finding the back of the 11 times in the league (nine times playing as an attacking midfielder) and racking up four assists.

It’s an added incentive for a player who loves to tackle, dominate in the middle of the park and work his socks off for the team. He has averaged 1.9 key passes per game, only 0.1 less than what Miralem Pjanic has achieved at Juve this season. Not just that but he has come very close to matching the Bosnian’s 2015-16 season tally of ten goals and 11 assists, proving that he has replaced him almost inch-perfectly.

Furthermore, Nainggolan’s tally of goals has almost reached the highest that James Rodriguez has ever managed in his club career. The talented Colombian scored 13 times and assisted just as many times during his first season at the Santiago Bernabeu in 2014. 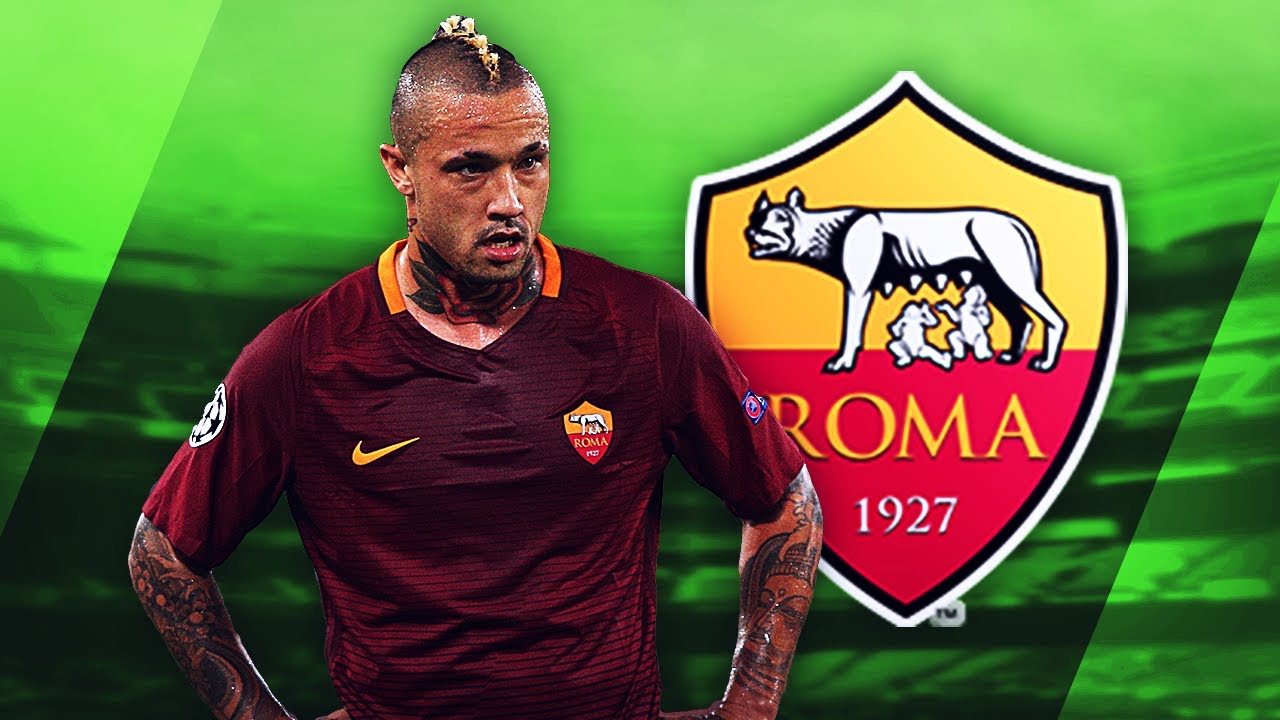 Nainggolan won’t lift you off you seat too many times but will more than contribute with his work-ethic and stamina. Every time he walks off the pitch, he makes sure that he gives his 110 percent to help the team win the game. There would hardly be an instance when you won’t see him drenched in sweat or abandoning his commanding swagger and that’s exactly the kind of a player that Mourinho loves to field on the pitch.

His approach to the game has forced many into comparing the Belgian to United’s very own Roy Keane, who was known for his swash-buckling, hard-tackling style and Nainggolan could definitely prove to be a modern-day version of Keano – versatile, creative and a player who never lets himself down.

With United consistently fielding a midfield three with the likes of Pogba and Ander Herrera  Mourinho has often been using Marouane Fellaini as a midfielder who operates between the Spaniard and the Frenchman. He recovers the ball in the heart of the park and plays those simple passes to Pogba, who carries it forward with purpose and menace.

But if there’s anyone who can play the role of both Pogba, Herrera or Fellaini whenever needed, it is Nainggolan himself. He can effectively replace his compatriot Fellaini, handing Mourinho the most hard-working, tough-tackling and tenacious midfield pairing he’s ever likely to have with a world-class talent in Pogba operating ahead of the pair.

Nainggolan’s ability to play No.10 makes sure that United don’t need to sign someone like Rodriguez, who clearly isn’t the player to work hard for the team. For some icing on the cake, the capture of Antoine Griezmann and handing the Frenchman all the freedom in the world up front would make United a daunting side to play against.