How could Manchester United line up against Ajax in Europa League final?

Jose Mourinho effectively rested his full Manchester United squad in the 2-0 win over Crystal Palace at the weekend, so everybody should be ready for Wednesday night’s Europa League final against Ajax.

But who will start for Man United in Stockholm? Here’s a potential starting XI we’ve drawn up which we feel could be the team Mourinho chooses: 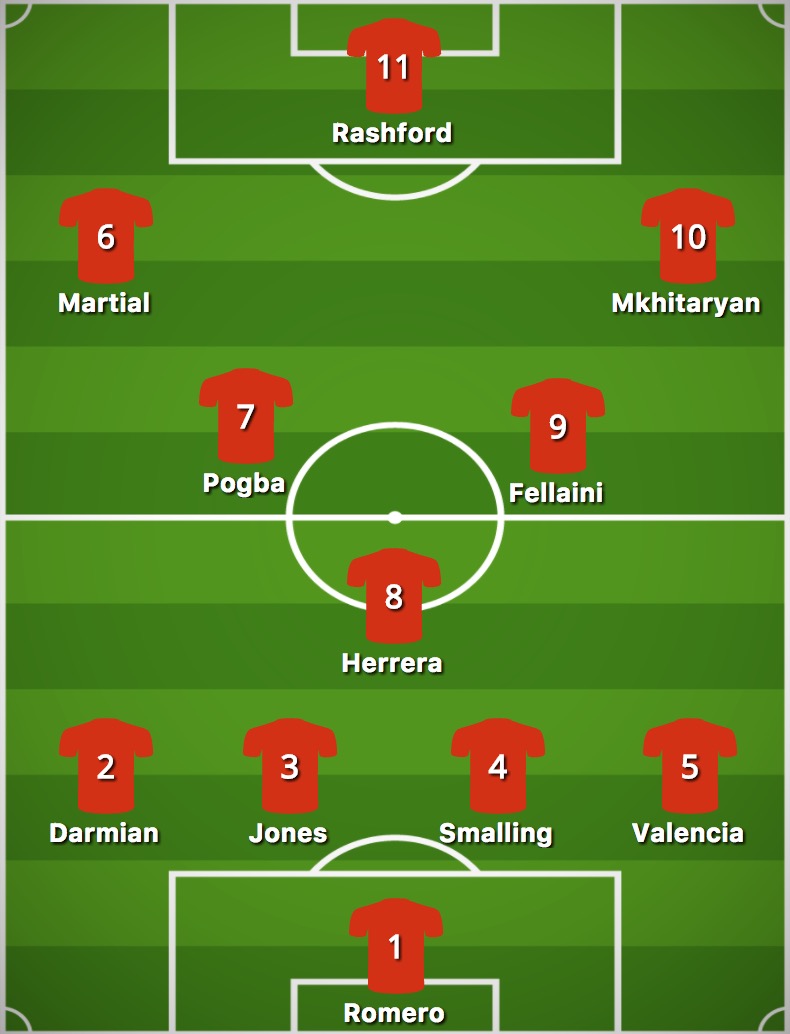 Like him or loathe him, Marouane Fellaini‘s name in the starting XI is virtually guaranteed as far as I am concerned. Ajax really struggle against free kicks thrown into their box and Fellaini playing in an aggressive midfield role with some freedom to attack could really expose those frailties.

Up front, Anthony Martial and Henrikh Mkhitaryan are on the wings and that’s something I’d love to see. We need someone of Mkhitaryan’s class and guile against European opponents to pick apart an Ajax defence who loves to press with intensity and leave spaces in behind. Combining that with Martial’s pace could work to devastating effect.

In defence, Chris Smalling partners Daley Blind. This is almost certainly the biggest question mark on the team ahead of the final – who will replace Eric Bailly in defence? As Phil Jones played 90 minutes against Crystal Palace, does that rule him out of the Ajax match? If it did, then Smalling will almost certainly start as he does in this potential team.