Manchester United head into Wednesday’s clash with Ajax and the pressure will be on as Jose Mourinho‘s men could qualify for next season’s Champions League if they win.

With the Portuguese boss focusing all of his efforts on a Europa League win, the squad must-win this clash as Man United came to a Premier League finish outside of the top four in sixth place.

He played a squad full of youngsters against Crystal Palace but will be relying on his senior players to produce the goods after resting them for their most important fixture of the season.

With that in mind, here is a potential XI for the all-important clash with Ajax. 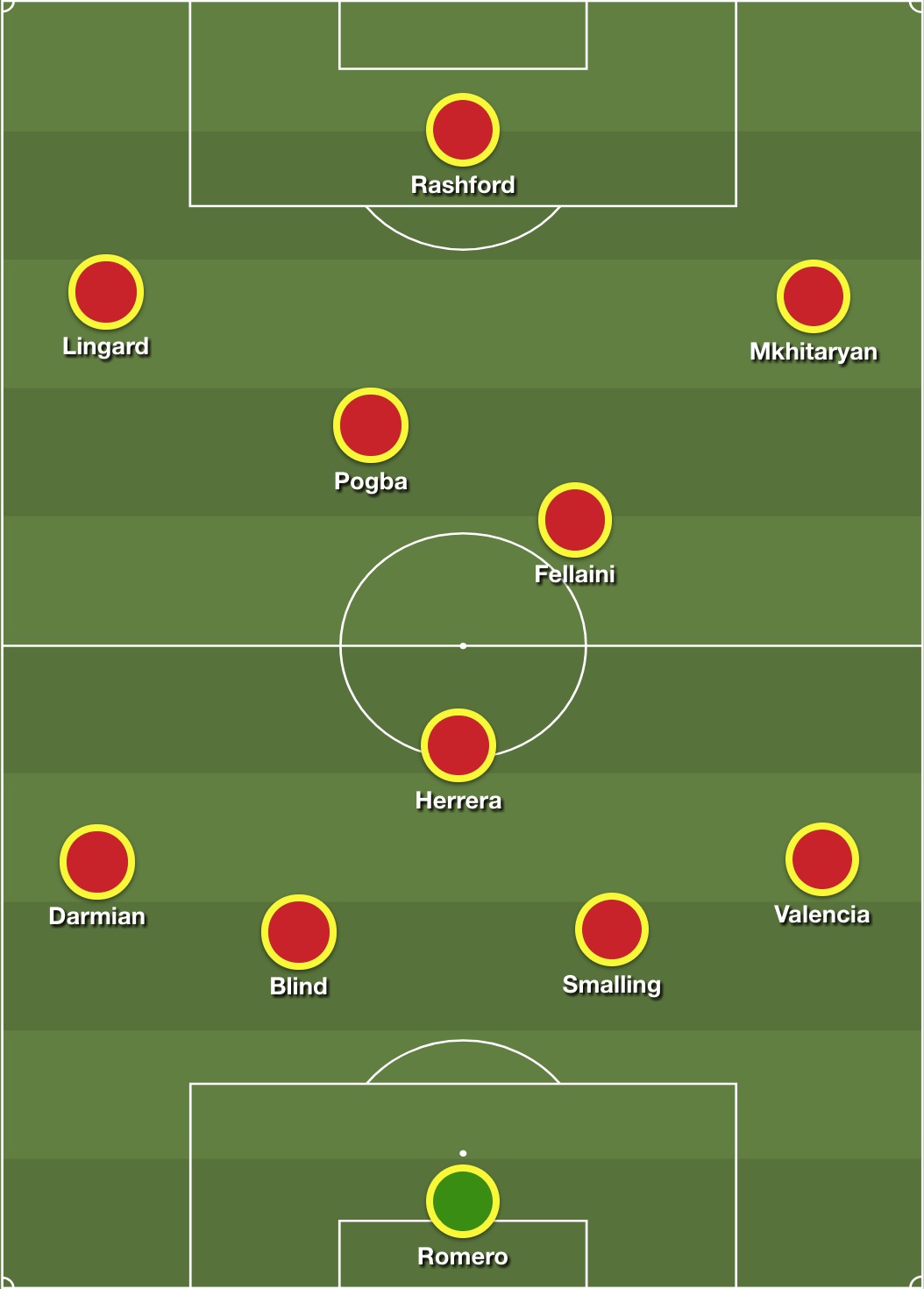 Mourinho has confirmed he’ll be starting Sergio Romero in the final, alongside Daley Blind who has performed well since taking over from Marcos Rojo‘s injury, Phil Jones or Chris Smalling could be alongside the Dutchman and Antonio Valencia is set to return.

We could be set to see Ander Herrera, Paul Pogba and Marouane Fellaini in midfield as the Portuguese boss will be looking for a system that has been tested and works well.

Jesse Lingard or Anthony Martial could be on the left-hand side with Marcus Rashford up front in Zlatan Ibrahimovic‘s absence and Henrikh Mkihtyaran playing on the right wing.