Josh Harrop has been pictured on holiday with Manchester United target Michael Keane.

The 21-year-old signed off the season in an incredible way as he scored on his Premier League debut against Crystal Palace in the final game of the campaign.

Academy graduate Keane has been massively linked with a move to Old Trafford this summer after he was sold by former manager Louis van Gaal in 2015.

He was videoed earlier in the week playing football on the beach in Dubai with Jesse Lingard and he’s now been pictured with Harrop. 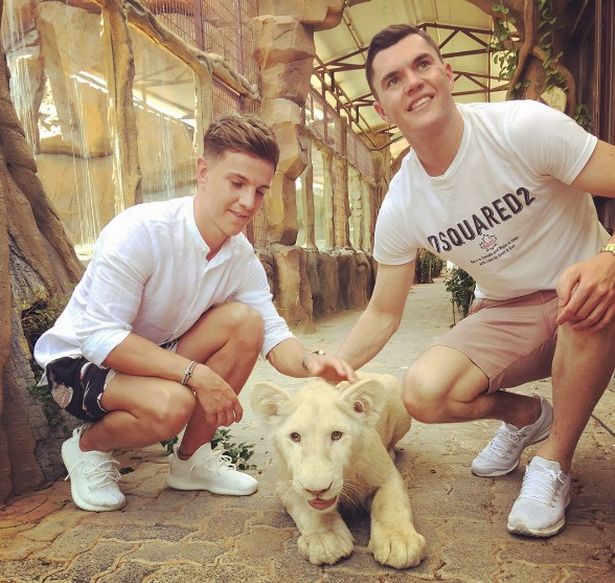 He’s impressed at Burnley and Mourinho is keen on bringing him back to the club but will be forced into paying up to £24 million for the England defender.

Keane was spotted on holiday with Jesse Lingard as well so it looks like there is a bunch of United players, and clearly former United, enjoying a holiday together.

The Portuguese boss claimed he would have never sold him if he was in charge at Old Trafford and we could see another United player return after Paul Pogba’s world-record move last summer.

It’s clear that he’s good friends with players at United as they would have been close from their days in the academy set up but it remains to be seen if Mourinho will have him back in a United shirt.