Manchester United are prepared to make a €80million offer Andrea Belotti as they look to act quickly this summer, according to Tuttosport.

Jose Mourinho is looking to bolster his attacking options as he’s been heavily linked with moves for the Torino striker, Real Madrid forward Alvaro Morata and Everton’s Romelu Lukaku.

The fact that the side qualified for Champions League football ahead of next season has been a massive boost in their plans as Jorge Mendes is in Milan for negotiations and has informed Torino of United’s willingness to make a bid. 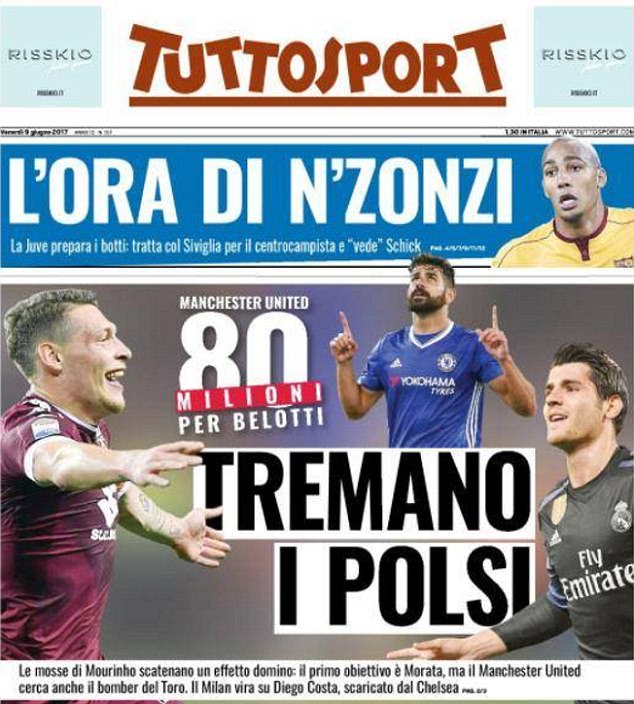 There is a €100million release clause in his contract but Mourinho will still face competition for his signature as AC Milan have already had one bid turned down by Torino for Belotti.

He was in fine form last season, scoring 28 goals in all competitions in the 2016-17 campaign and although they will be desperate to keep hold of their star asset, an uninspired 9th placed finish in Serie A on 53 points could change his made over a potential move.

United have also been linked with a move for Morata and have already had a £52million offer rejected by the Spanish side and look to place another bid of around £60m.