Victor Lindelof all smiles with his Manchester United shirt

Victor Lindelof was pictured with his Manchester United contract for the first time since his move from Benfica was officially announced.

He arrived at the club’s Carrington training base after flying into Manchester on Wednesday morning to undergo a medical.

Both clubs have agreed a £30.7m (€35m) fee to sign the Sweden international, with a further £8.8m (€10m) payable based on performance incentives.

Man United have been regularly interested in Lindelof but decided against making a move for him in January due to the form of Phil Jones and Marcos Rojo at the time.

Lindelof had been on international duty with Sweden and was an unused substitute for Tuesday night’s 1-1 draw with Scandinavian rivals Norway.

.@VLindelof: "I'm thrilled to join United. I'm keen to get started and contribute to the team's efforts to win more trophies." #HejVictor pic.twitter.com/FoC6IuUWwj 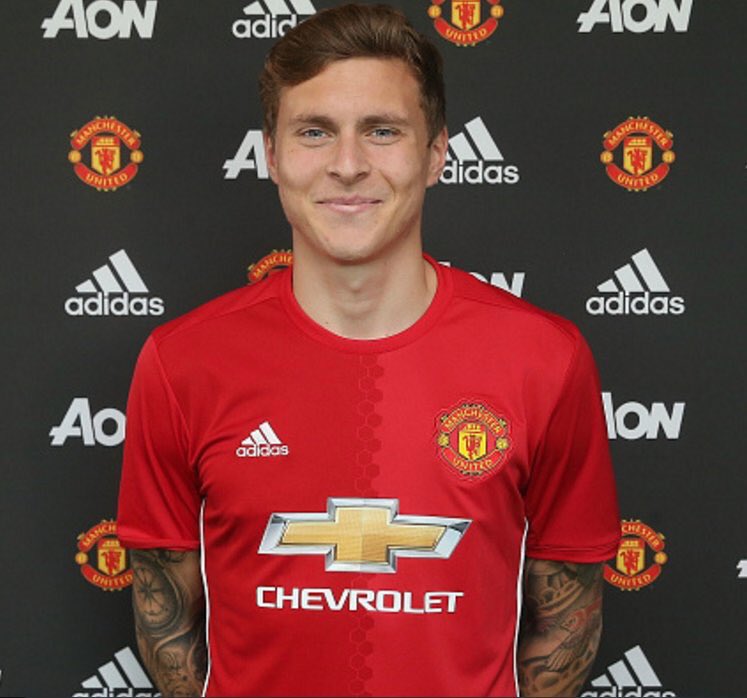 He’ll partner Eric Bailly in the centre of defence and could have a similar impact to the Ivorian, who proved he was an incredible addition, quickly becoming a fan favourite due to his performances on the pitch.

Lindelof is Mourinho’s first signing of the summer as the United boss looks to strengthen the squad which finished sixth in last season’s Premier League.

The stakes are higher this year after they secured Champions League football, and he’ll need a team capable of challenging on different fronts.