Home » Photo: Victor Lindelof working hard in the gym ahead of pre-season

Photo: Victor Lindelof working hard in the gym ahead of pre-season

New signing Victor Lindelof has been pictured working hard in the gym ahead of Manchester United’s pre-season tour.

He was seen enjoying a pint following a London shopping trip with his wife last week following a trip to the Seychelles.

But with Mourinho’s men set to fly off the Los Angeles for their pre-season tour – consisting of eight games in eight different cities – on Sunday, the 22-year-old has been hard at work preparing himself. 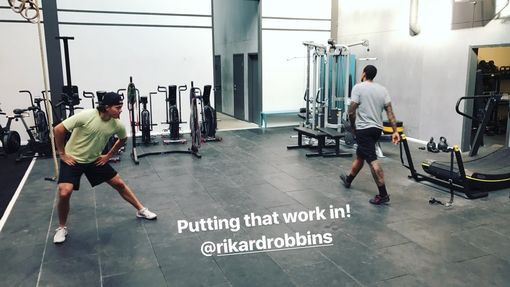 The Premier League was a test that many believed Eric Bailly would struggle with last summer. He was, just like Lindelof, only 22 and coming from a comparatively slower division, but after 30 minutes or so against Leicester you could tell he was the real deal.

And the same questions will be asked of the Swede as he embarks on English football for the first time. Playing for a perennially dominant Benfica side, he could hone his skills as an imposing ball playing defender capable of breaking through the lines. This is, after all, his natural way of playing the game – something he will need to replicate from day one over here.