Home » How could Manchester United line-up against Salt Lake City?

How could Manchester United line-up against Salt Lake City?

Jose Mourinho lined up Manchester United in a 3-5-2 against LA Galaxy but I’m expecting the boss to return us to a more familiar formation on Tuesday when we face Real Salt Lake.

Man United are more than likely going to play 4-3-3 or 4-2-3-1 next season and against Real Salt Lake I’d like to see United line-up with Michael Carrick sitting in that deep midfield role behind Paul Pogba and Ander Herrera: 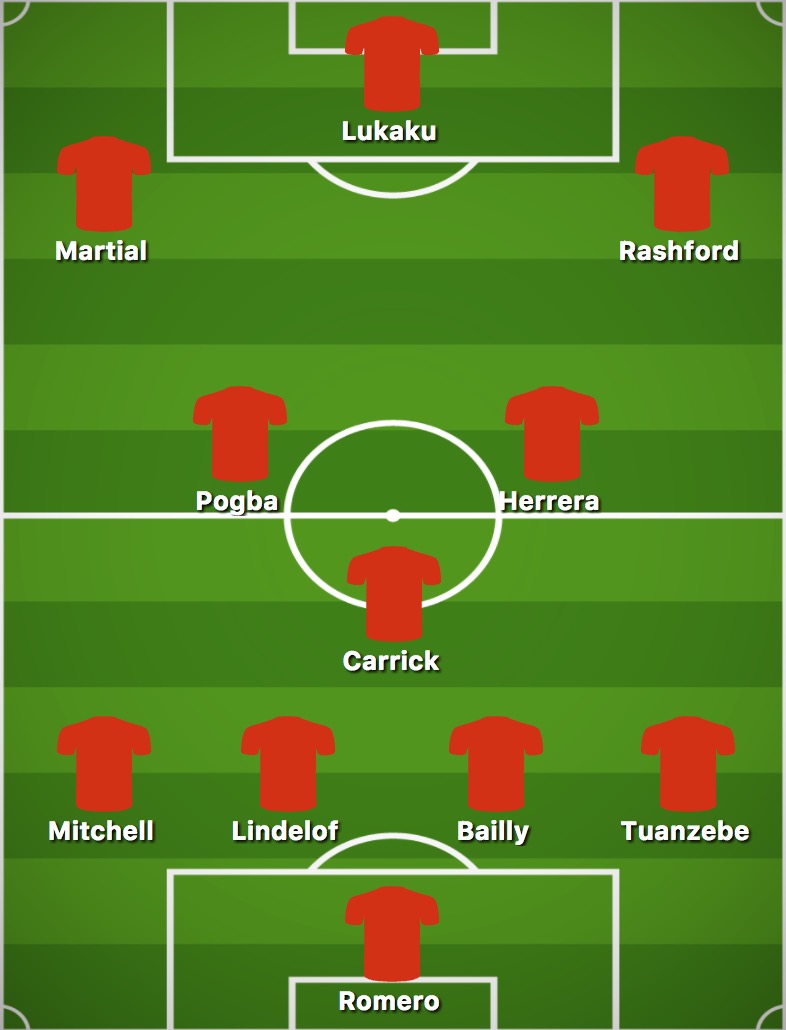 Andreas Pereira played very well in that role against LA Galaxy but none of us should get used to seeing him there, it’d be a big waste of his talents which come toward the final third of the pitch. Carrick will operate there this season, hopefully not in every game because of our new defensive midfield signing, and I want to see him start against Real Salt Lake.

Anthony Martial was ace in our pre-season opener with LA Galaxy and I want to see him start out wide on the left with Romelu Lukaku up front but how would you want United to line-up? Leave yours in the comments as always!