How could Manchester United line-up against Real Madrid on tour?

Jose Mourinho‘s former club will certainly be our toughest test so far on the pre-season tour but our excellent football against Man City, and the promising form of some players like Henrikh Mkhitaryan and Marcus Rashford, should fill fans with some confidence we can get a result.

But who should start for United against Real Madrid? Here’s a potential XI which once again offers so much pace in attack like it did against City: 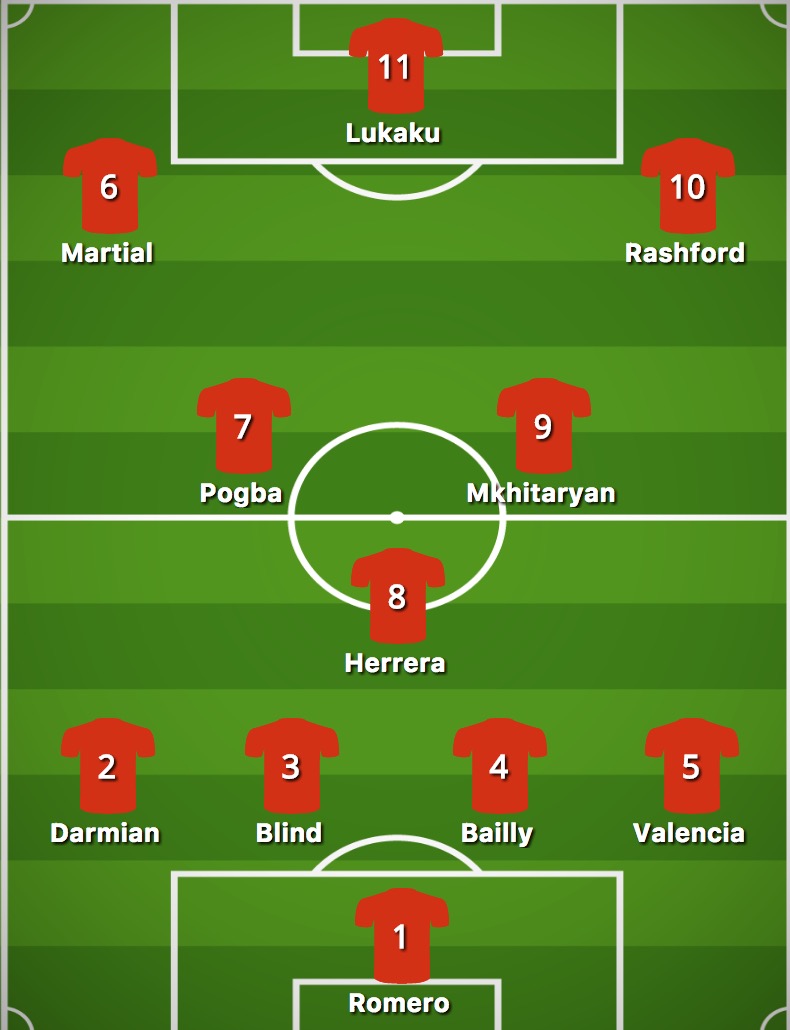 Mkhitaryan playing as a right central midfielder would allow him to be the ball carrier going forward and that’s where we’ve seen the best of him so far on tour. It also means Rashford can operate on the right wing where he changed the game versus City and allows Lukaku to continue up top.

I like the look of this team and formation. Right now, we need to play Herrera as our defensive midfielder to control any game and that’s why I’ve put him in here because whoever plays there is set for a very busy game.