After several weeks of being let down by a lack of transfer activity following the big money capture of Romelu Lukaku from Everton, Manchester United fans finally woke up from their slumber on learning that Chelsea star Nemanja Matic was set to embark on a journey similar to Juan Mata’s.

The move doesn’t seem like a surprise at all and comes after the Red Devils had drawn links with a whole host of defensive midfield players including Tottenham’s Eric Dier, AS Monaco’s Fabinho, Roma’s Radja Nainggolan and most recently Anderlecht youngster Leander Dendoncker as well. Matic himself was being linked with moves to Juventus and Inter Milan but Jose Mourinho made his intentions clear and signed Matic for the second time in his career, having already brought him back to Chelsea from SL Benfica in 2014.

There were doubts about his suitability to United when the links initially came in but they are mere exaggerations for a slight lack of pace and the occasional tendency to play a bad pass. Exaggerations like those are certain to arise when a player is linked with United. Despite all that has been said and reported so far, the big Serbian is now a United player and will play a part in next season. The 29-year-old isn’t the flashy or hyped midfielder who loves the spotlight but is the typical ball-winning midfield destroyer who goes about his business in an archetypal no-nonsense fashion. 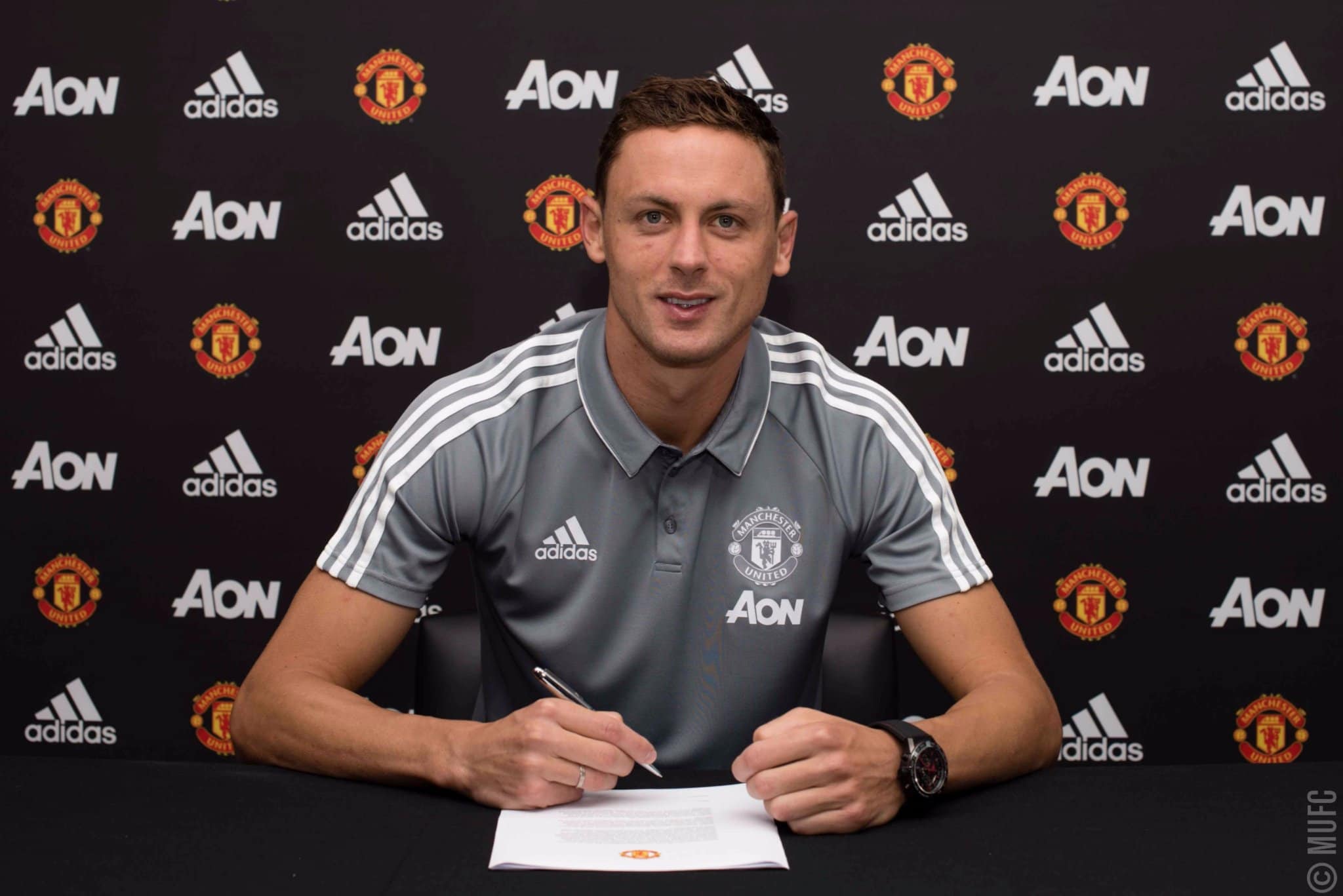 Many United fans remember him from the 2014-15 season when the Serbian’s fantastic performances for Chelsea won the Blues the league title and also handed Matic himself a place in the Team of the Season at the end of the campaign. This was Matic’s first full season at Stamford Bridge during his stint at the club, after he was signed by Mourinho himself in the winter of 2014 from Benfica. He was magnificent.

The signs of settling in impeccably were seen during his debut against Manchester City. Matic was handed the Man of the Match accolade, as the Blues picked up a 1-0 win. The role that he was handed by Mourinho saw him play in a 4-2-3-1 formation alongside either Cesc Fabregas or Ramires in the midfield.

He often played as the sole holding midfield player, allowing Fabregas the freedom to do the attacking. There were times when Ramires or John Obi Mikel were deployed as the deep midfielders but Matic’s influence never faded off. Throughout the season, Matic went about his job silently and discreetly and had a prominent hand in allowing Eden Hazard, Cesc Fabregas and Diego Costa to flourish in attack.

Last season, the focus of breaking up play was less on Matic and more N’Golo Kante but the former Benfica man played a similar role, as compared to the 2014-15 campaign. The season that saw Mourinho get axed from his role as the manager did bring to the fore certain weaknesses in his play and most of them arose from his lack of pace. Teams had figured out the way to counter Mourinho’s style and it became a little easier for teams to drag Matic out of position quickly and launch pace dribbles at the Chelsea backline. That season was a disappointment for a man who was the most important player in the season before that one but Antonio Conte’s usage of the Serbian in the 3-4-3 formation goes onto prove that he has the ability to dominate games at will.

Conte is the type of manager who always prefers having more numbers in defence than in the attack. It certainly hides the defensive weaknesses of the team but Matic again provided Hazard the freedom to create things for Costa. Chelsea won the title again.

Mourinho will want that from Matic, this time for the sake of maximising Paul Pogba’s exceptional abilities. The Frenchman did do well in his debut season back at Old Trafford but he hardly had the room and space to go about his business without defensive burdens. Pogba thrived in a system that consisted of players like Claudio Marchisio and Andrea Pirlo who handed them the freedom to impose himself and Matic would do exactly that. He would do the defensive job, sit in front of the back four and play those simple passes to set the Pogba’s and Mkhitaryan’s through to compliment them in doing the attacking part to perfection.

He’s in the mould of players that Mourinho has thrived on fielding. He has used players like Claude Makelele, Sami Khedira and the Serbian himself in the defensive midfield area to do the no nonsense job and act as the cover for the back four. Players like him come in handy when a side is defending one goal advantages or is looking to keep a deep line of defence. He fits the frame of being a pragmatic player who will do the dirty work throughout the season and will take pride in that – something Mourinho loves.

Since the 2014-15 season, Matic’s tackles per game and interceptions per game statistics have reduced but Kante’s signing relieved him off those duties to some extent. In the 2014-15 season, Matic made 3.6 tackles per game and in the 2016/17 season he made only 1.0 tackle per game. It isn’t too much for a midfield destroyer like Matic but the system in place never allowed him to do so. More so, Matic has won more tackles than any other player in the Premier League since the start of the 2014-15 campaign.

He’s got a piledriver of a left foot, as evident from his wonder strike against Spurs in the FA Cup semi final last season and against Everton in the 2015-16 campaign and has that odd screamer up his sleeve.

Expected to partner either Michael Carrick or Ander Herrera in the midfield three alongside Pogba, Matic will slot into a system that will bring the best out of him and out of players around him as well. If he doesn’t shield the defence well enough, Victor Lindelof may well struggle and if he doesn’t circulate the ball forward well enough, the likes of Pogba, Henrikh Mkhitaryan and fellow new signing Romelu Lukaku may well fail to do their job too well.